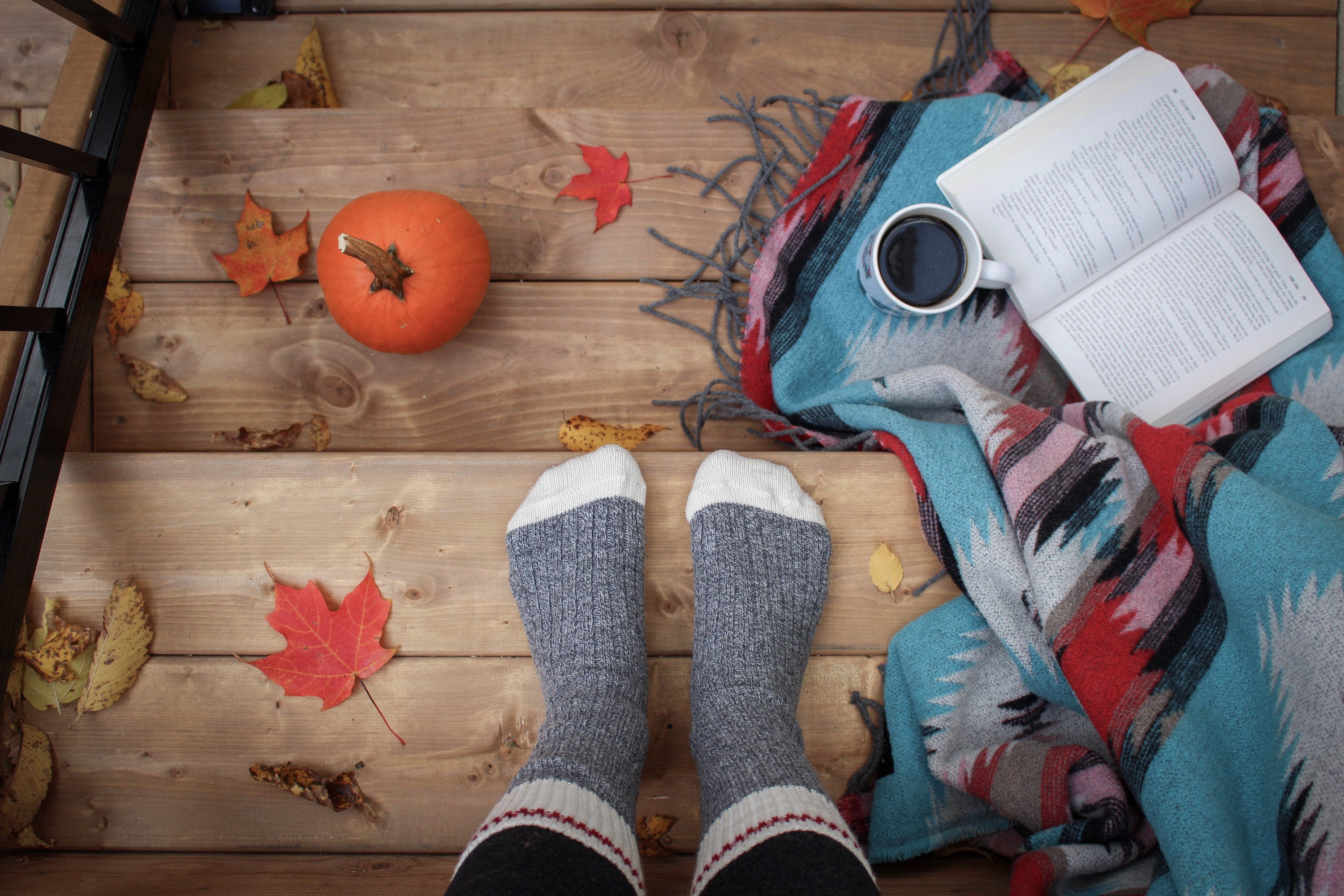 The nights are starting to draw in, and it is currently blowing a gale outside which are perfect reading conditions. It is also the middle of October and the bewitching hour is nearly upon us, which got me to thinking about spooky books. I have been reading a lot of Psychological Thrillers this year, and they have fast become my favourite genre. This is a complete turn around from the romantic comedies and silly girlie books that were always my favourite. Don’t get me wrong I still read these, which you will see from the books I’ve reviewed but it is the thrillers which are really gripping me. I think it is just the way they are so cleverly written and keep you drawn in wanting to know where they are going. So I have decided to compile a list of horror books to keep us cosy (?) for the rest of the month! The first three are from Amazon’s Best Seller for Horror list. I haven’t read any of these, but they must be on their bestseller list for a reason so I have added them to my TBR list and I will let you know how I get on with them in due course. The second set of three are classic horrors, we’ve all heard of them, we may have seen the movie, but have we been brave enough to enter the world in our own minds and read the books. I know I haven’t … until now! And the third set of three is my favourite Psychological Thrillers that I have read this year. I have added links to the reviews so you can see what I thought of them, but they are the ones that set the hairs standing up on my arms and have stayed with me months later that I still think about and still send a shiver down my spine! I hope you enjoy reading them as much as I did! Let me know how you get on if you decide to give any of these a go! And Happy Halloween!

It’s bad when the girls go missing. It’s worse when the girls are found. Six months ago, Charlotte almost lost everything. Now, she’s determined to keep her daughter, Elle, safe. So when local girls close to Elle in age and appearance begin to go missing, it’s her worst nightmare. Charlotte’s fears are confirmed when a frantic search becomes a shocking murder investigation. The girls’ bodies have been found – half-buried, and with traces of mud and wildflowers under their fingernails. As Charlotte’s obsession with keeping her daughter close pushes her marriage to the brink, local DI Madeleine Wood embarks on a gruelling search for the killer. And, as they dig deeper into the lives of the people they call friends and neighbours, they uncover secrets more terrible than they ever imagined…

2. Pet Sematary - Stephen King (No. 7 on Best Seller List at time of writing)

The house looked right, felt right to Dr Louis Creed. Rambling, old, unsmart and comfortable. A place where the family could settle; the children grow and play and explore. The rolling hills and meadows of Maine seemed a world away from the fume-choked dangers of Chicago. Only the occasional big truck out on the two-lane highway, grinding up through the gears, hammering down the long gradients, growled out an intrusive threat. But behind the house and far away from the road: that was safe. Just a carefully cleared path up into the woods where generations of local children have processed with the solemn innocence of the young, taking with them their dear departed pets for burial. A sad place maybe, but safe. Surely a safe place. Not a place to seep into your dreams, to wake you, sweating with fear and foreboding.

It was only meant to be a game . . . None of us ever agreed on the exact beginning. Was it when we started drawing the chalk figures, or when they started to appear on their own? Was it the terrible accident? Or when they found the first body?

When Jonathan Harker visits Transylvania to help Count Dracula purchase a London house, he makes horrifying discoveries in his client's castle. Soon afterwards, disturbing incidents unfold in England: a ship runs aground on the shores of Whitby, its crew vanished; beautiful Lucy Westenra slowly succumbs to a mysterious, wasting illness, her blood drained away; and the lunatic Renfield raves about the imminent arrival of his 'master'. In the ensuing battle of wills between the sinister Count and a determined group of adversaries - led by the intrepid vampire hunter Abraham van Helsing - Bram Stoker created a masterpiece of the horror genre, probing into questions of identity, sanity and the dark corners of Victorian sexuality and desire.

Composed as part of a challenge with Byron and Shelley to conjure up the most terrifying ghost story, Frankenstein narrates the chilling tale of a being created by a bright young scientist and the catastrophic consequences that ensue. Considered by many to be the first science-fiction novel, the tragic tale of Victor Frankenstein and the tortured creation he rejects is a classic fable about the pursuit of knowledge, the nature of beauty and the monstrosity inherent to man.

The novel begins with "Mr. Utterson the lawyer" going for a walk with his friend and relative Mr. Enfield. They walk past a door, which somehow prompts Mr. Enfield to tell a sad story: a brute of a man knocked down a little girl, everyone yelled at the rude man, the man offered to pay a lot of money and disappeared through the door only to return with a large check drawn from Dr. Jekyll’s bank account. The nasty man? None other than Mr. Hyde. Mr. Utterson, it turns out, is Dr. Jekyll’s lawyer, and we find out that in the event of Dr. Jekyll’s death or disappearance, his entire estate is to be turned over to Mr. Hyde. Mr. Utterson, who thinks highly of Dr. Jekyll, is extremely suspicious of this whole arrangement. He resolves to get to the bottom of this mystery. He hunts down Mr. Hyde and is suitably impressed with the evil just oozing out of Hyde’s pores. He then asks Dr. Jekyll about these odd arrangements. Dr. Jekyll refuses to comment, and there the matter rests until "nearly a year later." Cut to "nearly a year later." A prominent politician is brutally beaten to death. The murder is conveniently witnessed by a maid, who points to evil-oozing Mr. Hyde as the culprit. Everyone tries to hunt down this evil man, but with no success. Meanwhile, Dr. Jekyll is in great health and spirits; he entertains his friends (among them one Dr. Lanyon), gives dinner parties, and attends to his religious duties. Two months later, both Dr. Lanyon and Dr. Jekyll fall terribly ill, and claim to have irrevocably quarreled with each other. Dr. Lanyon dies, leaving mysterious documents in Mr. Utterson’s possession, to be opened only if Dr. Jekyll dies or disappears. Dr. Jekyll remains in seclusion, despite frequent visits from Mr. Utterson. Finally, one evening, Dr. Jekyll’s butler visits Mr. Utterson at home. He’s worried about his master and is convinced of foul play. The butler persuades Mr. Utterson to return to Dr. Jekyll’s house, where they break into Dr. Jekyll’s laboratory. They find Mr. Hyde dead on the floor, with Dr. Jekyll nowhere to be found. Mr. Utterson finds several documents left to him, and goes back home to read both Mr. Lanyon’s narrative and Dr. Jekyll’s narrative, which, it turns out, are two parts of the same story. Since we’re at the end of the story, author Robert Louis Stevenson figured it was about time to tell us what happened at the beginning. So we discover (through the documents left by the dead men) the following: by means of a potion, Dr. Jekyll was able to transform into Mr. Hyde and give in to a world of pleasure and self-serving crime. In his narrative, Dr. Jekyll writes that Mr. Hyde became ever more powerful and ever harder to control – in essence, the dominant personality.

You will know me." The hoarse whisper comes from a room in the house during the dead of the night. A stranger's voice recorded by equipment Sophie set up, because Sophie is paranoid that someone is out to get her. With few people in her life, Sophie spends all of her time either teaching at a primary school or caring for her ailing mother. Suffering from early onset Alzheimer's disease, Sophie's mother is a difficult patient, leaving her little time to herself. But on the day Sophie finally decides to put herself first and go on a first date, strange things begin to happen. She finds a discarded button in the garden. A hand print on the outside of the window. Her confused mother blames new bruises on a 'shadow'. Who is following her and why? And then the voice... After years of emotional abuse, Sophie begins to wonder if her cruel mother is faking her illness and playing tricks on her. But what kind of mother would do that to her daughter? And what about the man she met online? To uncover her stalker, Sophie must look into her past, but she might not like what she finds.

Link to my review: https://www.pinkanddizzy.com/book-reviews/the-broken-ones-sarah-a-denzil

2. I See You - Clare MacKintosh

When Zoe Walker sees her photo in the classifieds section of a London newspaper, she is determined to find out why it's there. There's no explanation: just a grainy image, a website address and a phone number. She takes it home to her family, who are convinced it's just someone who looks like Zoe. But the next day the advert shows a photo of a different woman, and another the day after that. Is it a mistake? A coincidence? Or is someone keeping track of every move they make . . .

Link to my review: https://www.pinkanddizzy.com/book-reviews/i-see-you-clare-mackintosh

She’s a friendly voice on the phone. But can you trust her? The people who call End of the Line need hope. They need reassurance that life is worth living. But some are unlucky enough to get through to Laura. Laura doesn’t want them to hope. She wants them to die. Laura hasn’t had it easy: she’s survived sickness and a difficult marriage only to find herself heading for forty, unsettled and angry. She doesn’t love talking to people worse off than she is. She craves it. But now someone’s on to her—Ryan, whose world falls apart when his pregnant wife ends her life, hand in hand with a stranger. Who was this man, and why did they choose to die together? The sinister truth is within Ryan’s grasp, but he has no idea of the desperate lengths Laura will go to… Because the best thing about being a Good Samaritan is that you can get away with murder.

Link to my review: https://www.pinkanddizzy.com/book-reviews/the-good-samaritan-john-marrs