This December Ruby Marlowe is relocating her little Christmas shop and everything she owns to the pretty seaside village of Happiness. With her best friend Willow already living there, and a heartbreaking past she’d rather forget, Ruby jumped at the offer of a cosy cottage and a fresh start on the Cornish coast. But she wasn’t the only one… The last person Ruby expects to find in Happiness is her summer fling, the very gorgeous Jacob Harrington. He’s the only man who has come close to unlocking her heart, and therefore the one man she knew she could never see again. But now he’s here in the same village, and the chemistry between them is more electric than ever. Falling in love again is something Ruby has vowed never to do. But Jacob is determined to change her mind. As the village sparkles with Christmas lights and the snow begins to fall, can Jacob convince Ruby that love is worth the risk? And will Ruby accept the gift of happiness that Jacob is offering her before it’s too late?

I’m really excited to have been asked to be part of the blog tour for this book. The paperback is already available to buy, and the kindle version will be released on the 25th of October 2019. My blog will be published on the 26th of October 2019. I received a copy of the book in advance via the author in return for an honest review as part of my blog. ‘The Gift of Happiness’ is the second book following the hugely successful ‘The Little Village of Happiness’ which was released earlier this year. Ruby was a supporting character in the first book, so we had already met her and knew a little bit about her and her business. However, she has a starring role in this novel, and we get to know more about her dark and sad past. She has moved to the village of Happiness for a new start and to get out of the rut she was starting to feel smothered by. She needed a little adventure and to be closer to her best friend, Willow. She’s not looking for love and never wants to give her heart to a man again. She can’t go through anymore heartache in her life, but what if Jacob, the handsome sculptor, can win her over and offer her the world? This is a story of a healing heart and learning to let someone inside the fortress she has built around herself. It is full of laughs, heartwarming moments and tomfoolery. It made for a pleasant read with enjoyable and likeable characters. I did have a few gripes compared to the first book, and these are the reason it is only getting four and not five stars. The timing to Christmas all seemed a little off; she was moving her Christmas business a week before when it would have been her busiest sales time. I know she had problems with her move, but I was getting frustrated with her for not being in the shop making sales. One of the things I loved about Willow and Andrew’s camaraderie in the first book was that there were no misunderstandings and that they communicated with one another. The formula that worked so well there wasn’t used in this book, leaving me a little disgruntled. Ruby and Jacob weren’t being candid with one another, and it was exhausting me a little. These were only small gripes and didn’t stop me from enjoying the book as a whole. Also, I’m actually quite gutted that there doesn’t seem to be any more in the future for the village of Happiness. It was a very festive read, and I did enjoy curling up with it as the days are getting shorter and darker. It made me excited for the festivities in the coming months. It was lovely to revisit the village where everyone is now coming together as a community, and everyone (bar one) has each other’s backs! Overall, a delightful and merry read and a solid four stars!

The Village of Happiness Book

Buy Now on Amazon My Review

Holly lives in a little white cottage by the sea. She studied media at university which led to a very glitzy career as a hotel receptionist followed by a even more glamorous two years working in a bank. The moment that one of her colleagues received the much coveted carriage clock for fifteen years' service was the moment when she knew she had to escape. She quit her job and returned to university to train to be a teacher. Three years later, she emerged wide eyed and terrified that she now had responsibility for the development of thirty young minds. She taught for four years and then escaped the classroom to teach history workshops, dressing up as a Viking one day and an Egyptian High Priestess the next. But the long journeys around the UK and many hours sat on the M25 gave her a lot of time to plan out her stories and she now writes full time, doing what she loves. Holly has been writing for 8 years. She was shortlisted for the New Talent Award at the Festival of Romance. Her short story won the Sunlounger competition and was published in the Sunlounger anthology. She won the Carina Valentine's competition at the Festival of Romance 2013 with her novel The Guestbook. She was shortlisted for Best Romantic Read, Best eBook and Innovation in Romantic Fiction at the Festival of Romance 2014. She is the bestselling author of 22 books 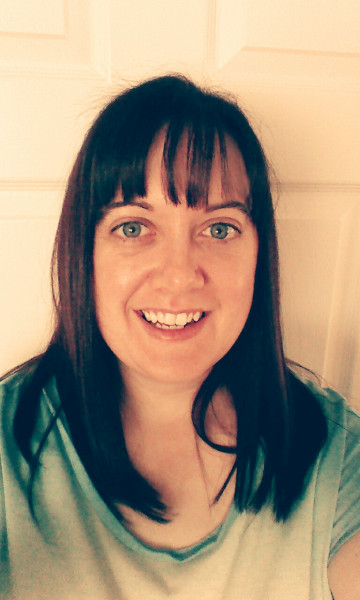