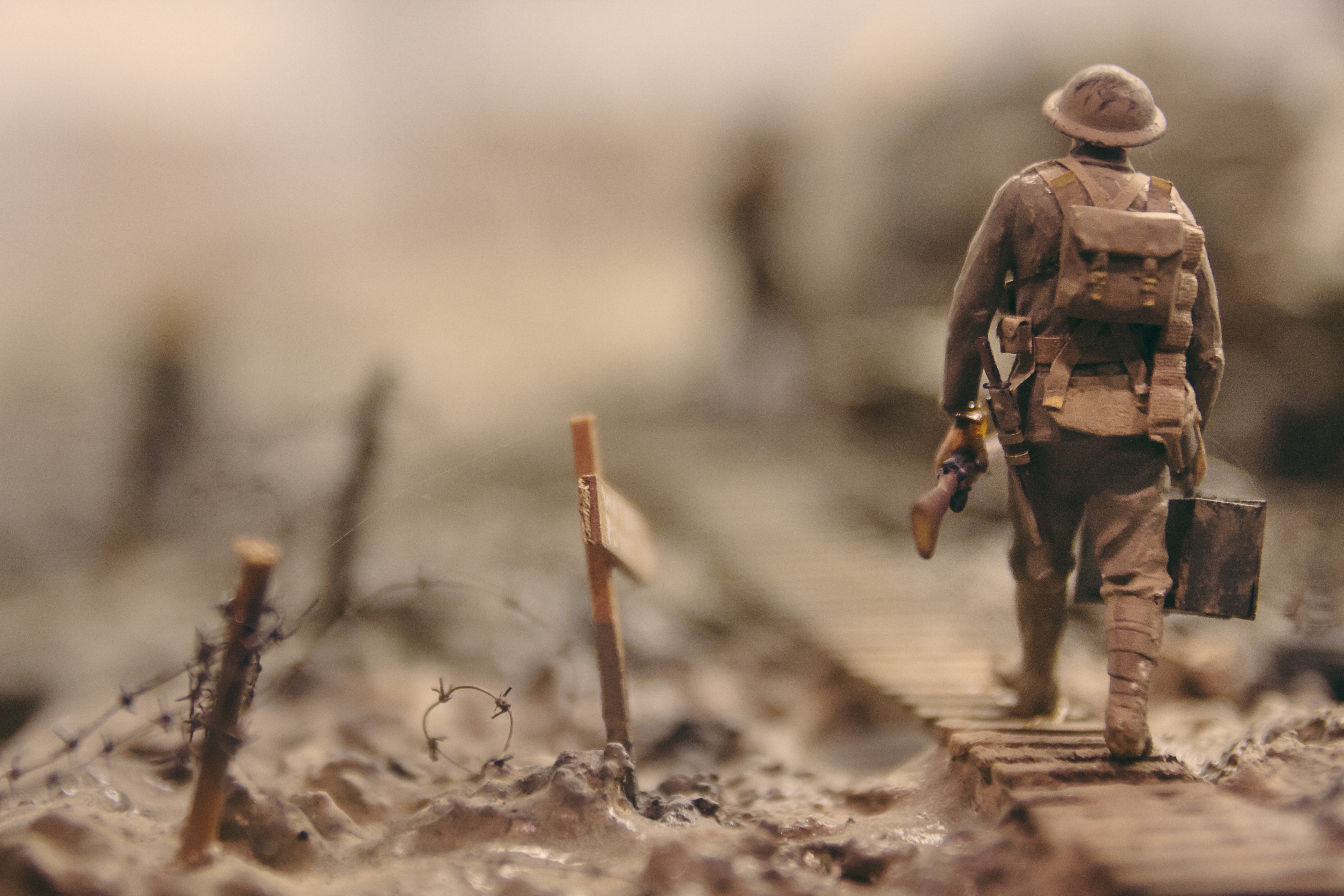 I was inspired to add this category into the challenge after I'd read 'Wives of War by Soraya. M. Lane' last year. I really enjoyed going back in time and reading fiction based on real-life events. I knew I wanted to read 'The Tattooist of Auschwitz by Heather Morris' at some point (although I have chosen this for a different category) and that many of the books on my scratch off bucket list poster were historical. So I was actually spoilt for choice, once again, for this category (isn't that always the way!).

There is such a myriad of choices for this category, and the ten books below only scratch the surface. I have tried to choose a variety of books alongside some classics. I haven't read all of these, though, but I hope to make a dent in this list at some point in the near future. I hope you can find a book that takes your fancy and as always I would love to hear what you are reading!

Death and the Harlot

Death and the Harlot by Georgina Clarke

I've been asked to be part of the blog tour for this book. It wouldn't be my usual read but isn't that the point of the reading challenge to step outside of your comfort zone. The tour doesn't take place until May, so look out for my blog on the 14th May about this book!

‘It’s strange, the way fortune deals her hand.’ The year is 1759 and London is shrouded in a cloak of fear. With the constables at the mercy of highwaymen, it’s a perilous time to work the already dangerous streets of Soho. Lizzie Hardwicke makes her living as a prostitute, somewhat protected from the fray as one of Mrs Farley’s girls. But then one of her wealthy customers is found brutally murdered… and Lizzie was the last person to see him alive. Constable William Davenport has no hard evidence against Lizzie but his presence and questions make life increasingly difficult. Desperate to be rid of him and prove her innocence Lizzie turns amateur detective, determined to find the true killer, whatever the cost. Yet as the body count rises Lizzie realises that, just like her, everyone has a secret they will do almost anything to keep buried…

Purely fiction but based in the past, Outlander became a bestselling phenomenon. I tried to read this last year, and I'm not sure if it was the length that put me off or the story, but I am determined to revisit this one day and give it a proper try!

What if your future was the past? 1946, and Claire Randall goes to the Scottish Highlands with her husband Frank. It’s a second honeymoon, a chance to learn how war has changed them and to re-establish their loving marriage. But one afternoon, Claire walks through a circle of standing stones and vanishes into 1743, where the first person she meets is a British army officer - her husband’s six-times great-grandfather. Unfortunately, Black Jack Randall is not the man his descendant is, and while trying to escape him, Claire falls into the hands of a gang of Scottish outlaws, and finds herself a Sassenach - an outlander - in danger from both Jacobites and Redcoats. Marooned amid danger, passion and violence, her only chance of safety lies in Jamie Fraser, a gallant young Scots warrior. What begins in compulsion becomes urgent need, and Claire finds herself torn between two very different men, in two irreconcilable lives.

Pride and Prejudice by Jane Austin

I know this is sacrilegious, but I didn't enjoy this, I read it in 2017, and it took me the majority of the year to read. I kept putting it down and then picking it up to read just a chapter and then giving up again. I think this is the only book I have done this to since I started the reading challenges! I know it's a classic and I think I was expecting so much more from it. We can't all like the same things though can we, the world would be a very dull place if we did! However, I did think it deserved to be on this list regardless of my feelings on it.

Pride and Prejudice, which opens with one of the most famous sentences in English Literature, is an ironic novel of manners. In it the garrulous and empty-headed Mrs Bennet has only one aim - that of finding a good match for each of her five daughters. In this she is mocked by her cynical and indolent husband.

This is my choice for the challenge, I've never seen the film, so I am going in with no preconceptions! I will let you know how I get on!

In the shadow of Auschwitz, a flamboyant German industrialist grew into a living legend to the Jews of Cracow. He was a womaniser, a heavy drinker and a bon viveur, but to them he became a saviour. This is the extraordinary story of Oskar Schindler, who risked his life to protect Jews in Nazi-occupied Poland and who was transformed by the war into a man with a mission, a compassionate angel of mercy.

The Diary of a Young Girl

The Diary of a Young Girl by Anne Frank

This is probably the most iconic book depicting the atrocities of World War 2. I read it when I was in school and then I re-read it in 2014 just before I visited Amsterdam, and the museum. It still hit me hard the second time around, and it's beyond an emotional read. Knowing that it is all true and then visiting the house and museum where this was written, I don't think I will ever be able to put into words how distressed and sombre I felt. This isn't a very good way to 'sell' a book, but I think it is essential for everyone to read this to ensure nothing as barbaric ever happens again in the civilised world!

Among the most powerful accounts of the Nazi occupation, "The Diary of Anne Frank" chronicles the life of Anne Frank, a thirteen-year old girl fleeing her home in Amsterdam to go into hiding. Anne reveals the relationships between eight people living under miserable conditions: facing hunger, threat of discovery and the worst horrors the modern world had seen. In these pages, she grows up to be a young woman and a wise observer of human nature. She shares an unparalleled bond with her diary, which holds a detailed account of Anne's close relationship with her father, the lack of daughterly love for her mother, admiration for her sister's intelligence and closeness with her friend Peter. Anne Frank's account offers a compelling self-portrait of a sensitive and spirited young woman who turns thoughtful and learns of the many terrors of the world.

This is on both my bucket list poster and a choice for another challenge by Modern Mrs Darcy so I will be reading this later on in the year!

Through the narration of Nick Carraway, the reader is taken into the superficially glittering world of the mansions which lined the Long Island shore in the 1920s, to encounter Nick's cousin Daisy, her brash but wealthy husband Tom Buchanan, Jay Gatsby and the mystery that surrounds him.

The Man in the High Castle

The Man in the High Castle by Phillip K. Dick

I've only seen the TV series, and I love that so this is definitely worth a go at some point!

Philip K. Dick's acclaimed cult novel gives us a horrifying glimpse of an alternative world - one where the Allies have lost the Second World War. In this nightmare dystopia the Nazis have taken over New York, the Japanese control California and the African continent is virtually wiped out. In a neutral buffer zone in America that divides the world's new rival superpowers, lives the author of an underground bestseller. His book offers a new vision of reality - an alternative theory of world history in which the Axis powers were defeated - giving hope to the disenchanted. Does 'reality' lie with him, or is his world just one among many others?

The Tattooist of Auschwitz

The Tattooist of Auschwitz by Heather Morris

This was originally my choice for this category, but I decided to move it to a different challenge in the end. I see this book everywhere I turn, everyone seems to have read it so I can't wait to get stuck in and see what all the hype is about!

I tattooed a number on her arm. She tattooed her name on my heart. In 1942, Lale Sokolov arrived in Auschwitz-Birkenau. He was given the job of tattooing the prisoners marked for survival - scratching numbers into his fellow victims' arms in indelible ink to create what would become one of the most potent symbols of the Holocaust. Waiting in line to be tattooed, terrified and shaking, was a young girl. For Lale - a dandy, a jack-the-lad, a bit of a chancer - it was love at first sight. And he was determined not only to survive himself, but to ensure this woman, Gita, did, too. So begins one of the most life-affirming, courageous, unforgettable and human stories of the Holocaust: the love story of the tattooist of Auschwitz.

War and Peace by Leo Tolstey

A very daunting undertaking at 1024 pages long and not on an easy topic. I cannot imagine this makes for very smooth reading. The fact that is supposed to be 'the book to read on your death bed' astounds me, surely you'd choose something a little lighter and what if you didn't finish it! This is on the bucket list poster, so please help me as I will need to read this one day!

War and Peace is a vast epic centred on Napoleon's war with Russia. While it expresses Tolstoy's view that history is an inexorable process which man cannot influence, he peoples his great novel with a cast of over five hundred characters. Three of these, the artless and delightful Natasha Rostov, the world-weary Prince Andrew Bolkonsky and the idealistic Pierre Bezukhov illustrate Tolstoy's philosophy in this novel of unquestioned mastery. This translation is one which received Tolstoy's approval.

This is the one that started it all; I read this last year and loved the topic, really made you feel like you were there alongside the wives. Read my review here:

London, 1944. Two young nurses meet at a train station with a common purpose: to join the war effort. Scarlet longs for the chance to find her missing fiancé, Thomas, and to prove to her family—and to herself—that she’s stronger than everybody thinks. Nursing is in Ellie’s blood, but her humble background is vastly different from Scarlet’s privileged upbringing. Though Ellie puts on a brave face, she’s just as nervous as Scarlet about what awaits them in France. In Normandy, the two friends soon encounter the seemingly unflappable Lucy. Scarlet and Ellie are in awe of her courage and competence, but the experienced nurse is well aware of the dangers of the job they’ve chosen—and even she is terrified they won’t make it home alive. Pushed to their limits by the brutality of a world at war, Scarlet, Ellie and Lucy will need to rely on each other—and the power of their friendship—to survive.