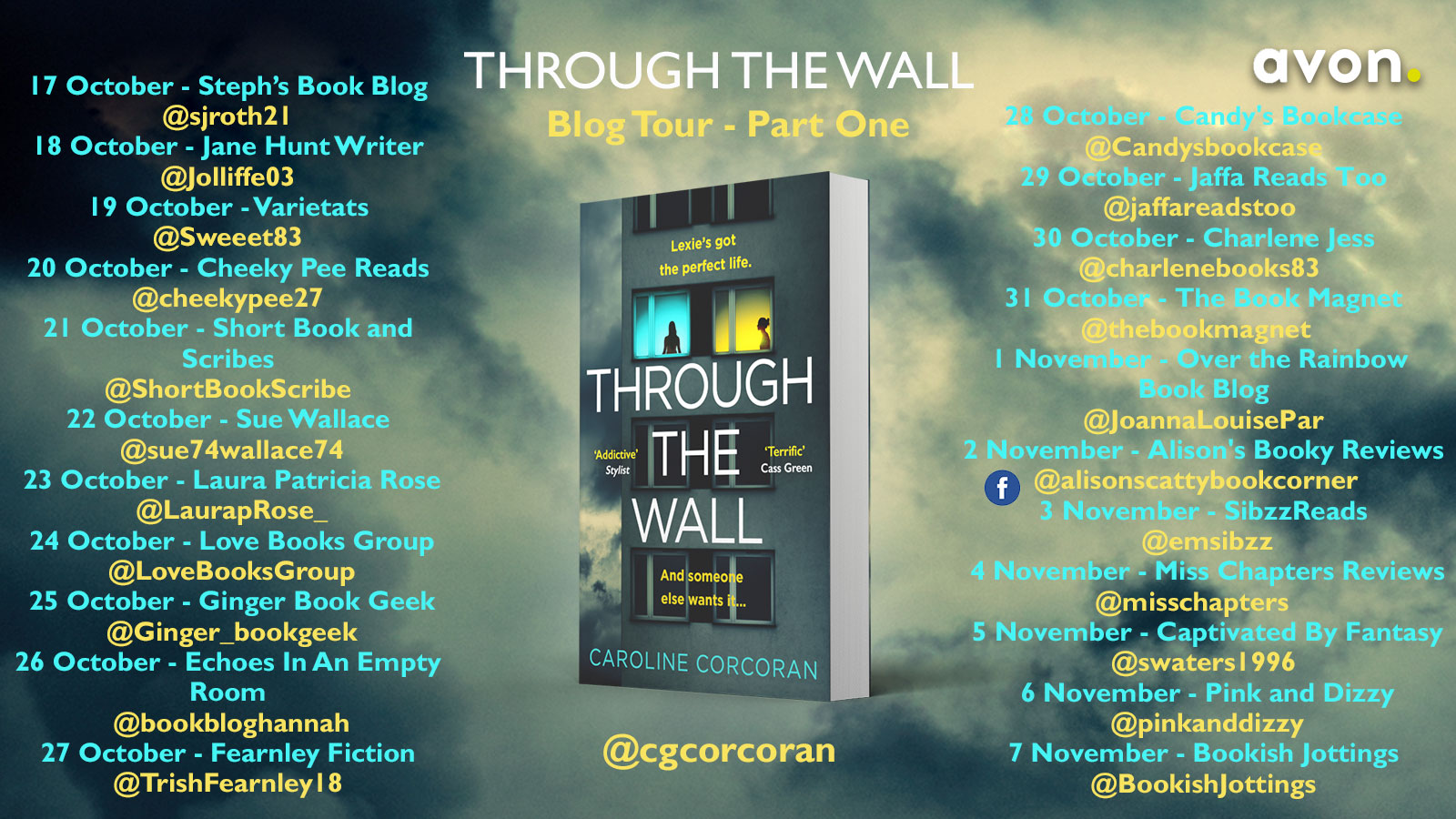 Through The Wall by Caroline Corcoran Blog Spotlight

Lexie’s got the perfect life. And someone else wants it… Lexie loves her home. She feels safe and secure in it – and loved, thanks to her boyfriend Tom. But recently, something’s not been quite right. A book out of place. A wardrobe door left open. A set of keys going missing… Tom thinks Lexie’s going mad – but then, he’s away more often than he’s at home nowadays, so he wouldn’t understand. Because Lexie isn’t losing it. She knows there’s someone out there watching her. And, deep down, she knows there’s nothing she can do to make them stop…

This is a true cautionary tale that we shouldn’t judge people based on what they allow us to see on social media. It is not the real person, only a glimpse of what they want us to see. A perception of their life that they want everyone to believe they are living. Also, we should be careful about what we put on social media! Harriett and Lexie are neighbours in a swanky London apartment building, yet they have never met. Both have secrets or are going through hard times yet purely based on their social media presence, you would think that each of them had a perfect life, and both of them are jealous of the other. However, one of them lets her secrets engulf her to the point of putting her neighbour’s life in danger. We alternate between the to women, and it is very cleverly done as one will hear the other ‘through the wall’, and then we will go to the next chapter, and we will see what was actually happening. There are also chapters showing the past which all lead up to the present. These can be quite confusing, so you have to look at the beginning of the section for the month of the year. If it is there, you are in the present, if it isn’t you are in the past. Once you are into the story, however, you soon get to grips with where you are in the story. I was surprised by the fertility element to the story, and it was very overbearing. I am childless by choice, so it was hard for me to relate to Lexie’s side of the story. I’ve always been a big believer in people putting far too much of an emphasis on getting pregnant then it becomes an obsession, as it did for Lexie. I think if people relaxed and enjoyed their lives, if they are capable of getting pregnant, then it will happen organically as they will be calmer. If they lived for the moment and were happy with their situation as it was instead of fretting, then their bodies would be in a more peaceful state. Lexie was so stressed to the point where it wouldn’t have surprised me if she had destroyed everything she had all for wanting a baby. She did have a good life, and she couldn’t see it through her obsession. However, as I say, I will never understand the desire to have children as at 41 years old, I have never wanted and never will want them. The fertility issues didn’t annoy me or ruin the book for me; it was just hard for me to relate to Lexie. I did still feel sorry for her when she had setbacks and upsets. This was a really fantastic psychological thriller; I didn’t know what approach the end of the book was going to take. Was the ending going to be clear cut or was everything not as we were expecting, just as social media is not everything that is shown to us? Everything was cleverly done, and I had to reread the last page twice to make sure I had read it right! A brilliant read.

Caroline is a freelance lifestyle and popular culture writer and editor with 15 years’ experience. She has worked for most of the top magazines, newspapers and websites in the country, and also as a copywriter for brands and websites. After 14 years in London, Caroline recently returned up north to the Wirral because she had a baby and there was more free grandparent babysitting available there. You’ll often find her feeling travelsick but still trying to write on a Virgin Pendolino into Euston. 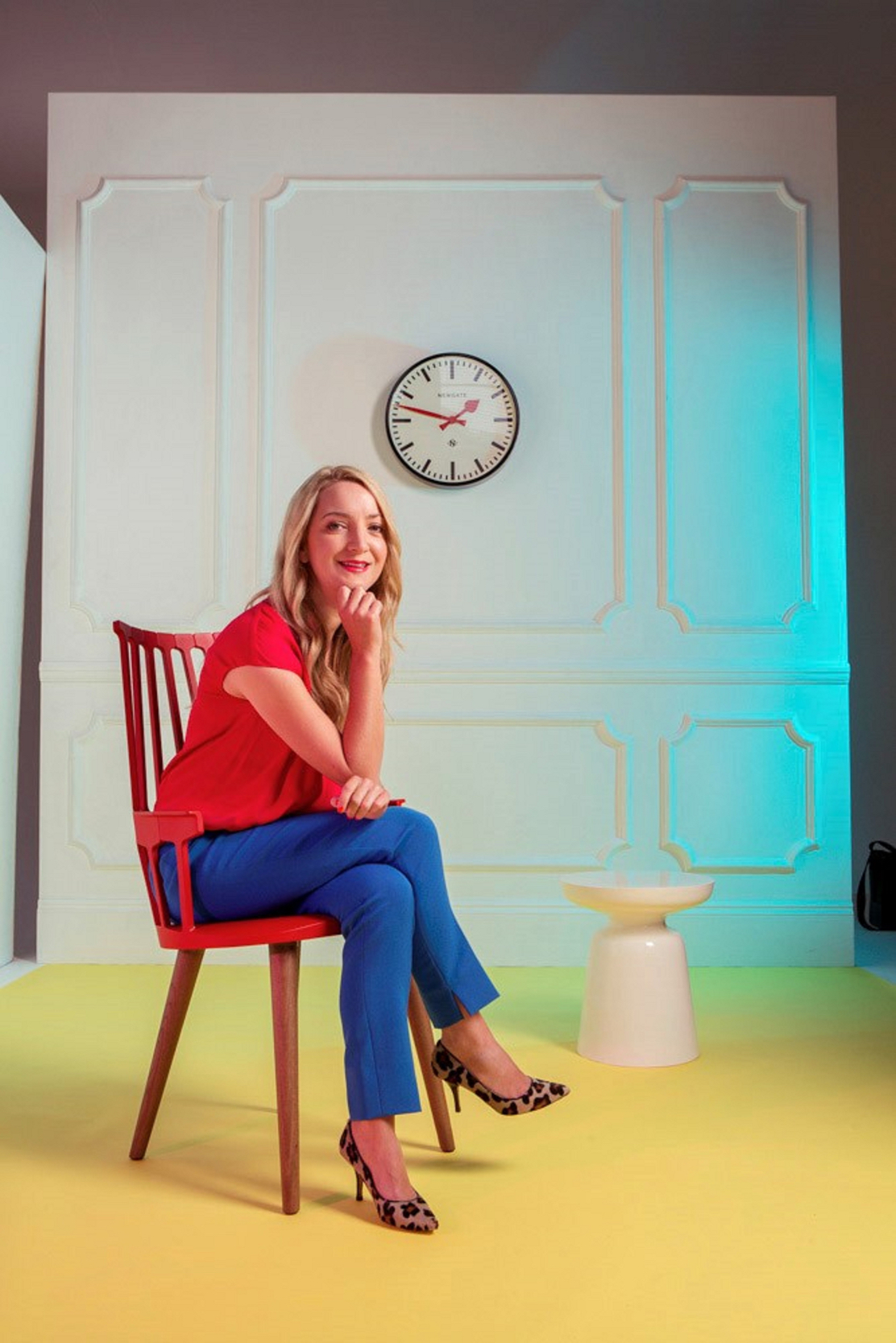