No one deserves to be taken before their time. Do they? Joe McKee – pillar of the Derry community – is dead. As arrangements are made for the traditional Irish wake, friends and family are left reeling at how cancer could have taken this much-loved man so soon. But grief is the last thing that Joe’s daughter Ciara and step-daughter Heidi feel. For they knew the real Joe – the man who was supposed to protect them and did anything but. As the mourners gather, the police do too, with doubt being cast over whether Joe’s death was due to natural causes. Because the lies that Joe told won’t be taken to the grave after all – and the truth gives his daughters the best possible motive for killing him…

I have read all of Claire Allan’s previous thrillers, and all have been different in their own way. This is no exception, even though it is quite a gradual progressive story, it still has enough intrigue to keep you wondering and reading to find out the outcome. The plot of the story is born from something quite simple, a man has discovered he is dying from cancer, and a few days later he is dead. This is only the basis, however, as there is so much more going on. Joe has returned to the family home with a death sentence of only a few months. He knows he doesn’t have long and wants to spend the time with his family. However, do they want to spend time with him? Heidi, his step-daughter, is downtrodden and defeated. There are so many skeletons in her closet that she is resigned to her life, but now that Joe is dying can she see an end to her suffering. Will she be able to move on with her husband Alex and her baby Lily and finally be happy? Ciara is Joe’s estranged daughter and has a long-standing grudge against Heidi for taking her dad’s affections away. She arrives with her partner Stella looking for an apology from Joe for the past. Kathleen, Joe’s sister, drops everything and travels from England to be by her brother’s bedside in his final hours. These are the five main players, and when Joe’s death is suspicious, it can only be one of these five that gave him an early demise. This is a true whodunit and psychological thriller. It reminded me a little of the game of Cluedo, as you know who the suspects are, it can’t be anyone else. They all have their motives; they all had their chance, but who was it and who is lying to us? The relationships between everyone are complicated and have a long and dark history. Heidi is portrayed as the typical psychological thriller protagonist whereby no-one will listen to what she has to say and everything happening around her points to her going mad. Even though the main story is supposed to be about the death of Joe, there is a much deeper and sinister side to the story. Everyone is keeping secrets, but when they start to unfold, the reality of the situation and past events are both shocking and disturbing. The writer did a great job of dealing with this subject delicately and sympathetically. Overall, this was an enjoyable and interesting read. It wasn’t entirely what I expected as it was certainly darker. It also progressed relatively slowly, but that didn’t mean I read it slowly. I had everyone pegged as the killer, and I honestly couldn’t call who it was, and I was shocked by the ending. It was all very well-developed and thought out. A solid four stars! 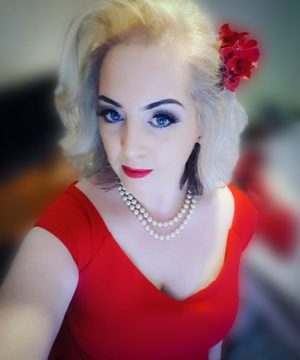