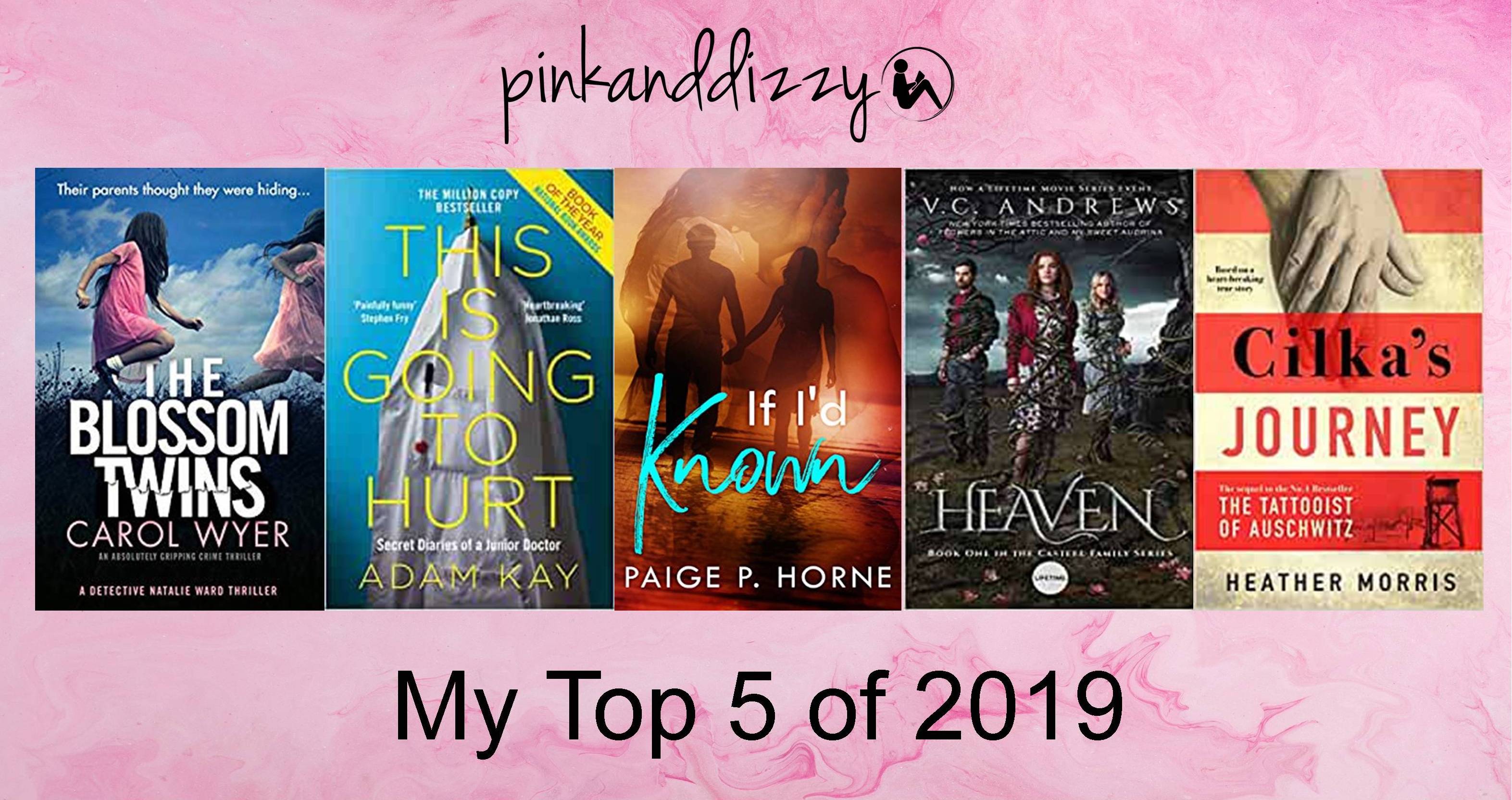 This has been a phenomenal year for reading. I am currently on book 320, which is 200 books more than last year. I think I mustn’t have actually left the house over the previous 12 months to read that many! My goal had been 240, so I have well and truly surpassed that! I still have just under three weeks left as well so goodness knows how many more I can squeeze in.

I have read some absolutely mind-blowing books this year (and, unfortunately, some very forgettable ones, but I won’t give them any more publicity other than the reviews I have already written!) This post is about the best of the best. I could have chosen about 25 books that have left me thinking about them for a long time afterwards or that I could list off the top of my head that blew me away! Ones that I read so fast I couldn’t believe how quickly the time had passed as I was so engrossed in the story and the characters. There really have been some great reads this year, and you can see them all over on my ‘Book Review’s page.

However, this list of five did more than any of that; they rocked me to my core. I am still thinking about them months after reading, and I am recommending them to anyone that will listen! So here they are the best five books I have read in 2019:

The Blossom Twins by Carol Wyer

I think I am putting this in my top spot, the series is brilliant, but this book surpasses the previous four by miles. The ending will blow you away, break you, and you will never recover. I still get upset when I think about the end, and I can't wait to read the next in the series. The publisher teased this morning in an email that she has read the next one, that was very mean of her!

Their parents thought they were hiding… One beautiful summer’s evening, thirteen-year-old twins Ivy and Erin Westmore snuggle down in a tent in their back garden, giggling and sharing secrets. When their mother goes to wake the girls the next morning, their tent is empty. The alarm is raised and Detective Natalie Ward is put onto the case. When the twins’ bodies are discovered on nearby marshland, covered with deep pink petals, an icy shiver travels down Natalie’s spine. Everything about the girls’ deaths reminds her of a horrifying case she worked on earlier in her career, which saw a killer of the worst kind placed behind bars. The next day, that feeling is heightened when she receives a chilling note saying ‘I’m back’. Is this killer a copycat or did Natalie put the wrong person in prison all those years ago? In a small town, where no stranger goes unnoticed, what is Natalie missing? Consumed by the case, determined to prevent more deaths, Natalie misses the fact that it is her attention the killer wants. And to get it, he has his sights set firmly on her precious daughter Leigh…

This is Going to Hurt

This is Going to Hurt by Adam Kay

It was a hard choice for the top spot between this and 'The Blossom Twins'. I have been recommending this book to everyone I come across, and waxing lyrical about how many awards it has won. The follow-on 'Twas The Nightshift Before Christmas' is just as amazing as this one! I hope he might still have some more anecdotes up his sleeve for a third book!

Welcome to the life of a junior doctor: 97-hour weeks, life and death decisions, a constant tsunami of bodily fluids, and the hospital parking meter earns more than you. Scribbled in secret after endless days, sleepless nights and missed weekends, Adam Kay's This is Going to Hurt provides a no-holds-barred account of his time on the NHS front line. Hilarious, horrifying and heartbreaking, this diary is everything you wanted to know – and more than a few things you didn't – about life on and off the hospital ward.

If I'd Known by Paige P. Horne

This was in the top spot for most of the year. It truly made me cry as I hate wasted time. Again, this is a book I have recommended to so many people. I haven't read any more of Paige P. Horne's books yet as I've not been ready for the emotional rollercoaster I may have to endure. I will at some point, though.

Time is a thief they say, and if you’re not careful it’ll slip right past you, taking everything you hold dear in this world with it. It was the summer of 1972 when I first laid eyes on him. Cynthia Rose probably got more than she bargained for when she came to my door step asking to write about my story. Our story. To everyone else Travis Cole was just the bad boy, but to me he was the keeper of my heart and even as time aged us and miles kept us apart, my heart stayed his. Forever his. Based on actual events, takes place past and present.

This is still my most favourite book of all time, and so I suppose it was a bit of a doozy that it would find itself in my top five books for the year! I decided it would be unfair for it to make the top spot as even though it is my favourite book and I will continue to re-read it every couple of years the other four blew me away in a different way to this one. This is like revisiting old friends or repressed memories. It is comfortable and familiar.

Of all the folks in the mountain shacks, the Casteels were the lowest-- the scum of the hills. Heaven Leigh Casteel was the prettiest, smartest girl in the backwoods, despite her ragged clothes and dirty face... despite a father meaner than ten vipers... despite her weary stepmother, who worked her like a mule. For her brother Tom and the little ones, Heaven clung to her pride and her hopes. Someday they'd get away and show the world that they were decent, fine and talented-- worthy of love and respect. Then Heaven's stepmother ran off, and her wicked, greedy father had a scheme-- a vicious scheme that threatened to destroy the precious dream of Heaven and the children forever!

'She was the bravest person I ever met' Lale Sokolov, The Tattooist of Auschwitz In 1942 Cilka Klein is just sixteen years old when she is taken to Auschwitz-Birkenau Concentration Camp. The Commandant at Birkenau, Schwarzhuber, notices her long beautiful hair, and forces her separation from the other women prisoners. Cilka learns quickly that power, even unwillingly given, equals survival. After liberation, Cilka is charged as a collaborator by the Russians and sent to a desolate, brutal prison camp in Siberia known as Vorkuta, inside the Arctic Circle. Innocent, imprisoned once again, Cilka faces challenges both new and horribly familiar, each day a battle for survival. Cilka befriends a woman doctor, and learns to nurse the ill in the camp, struggling to care for them under unimaginable conditions. And when she tends to a man called Alexandr, Cilka finds that despite everything, there is room in her heart for love. Cilka's Journey is a powerful testament to the triumph of the human will. It will move you to tears, but it will also leave you astonished and uplifted by one woman's fierce determination to survive, against all odds.