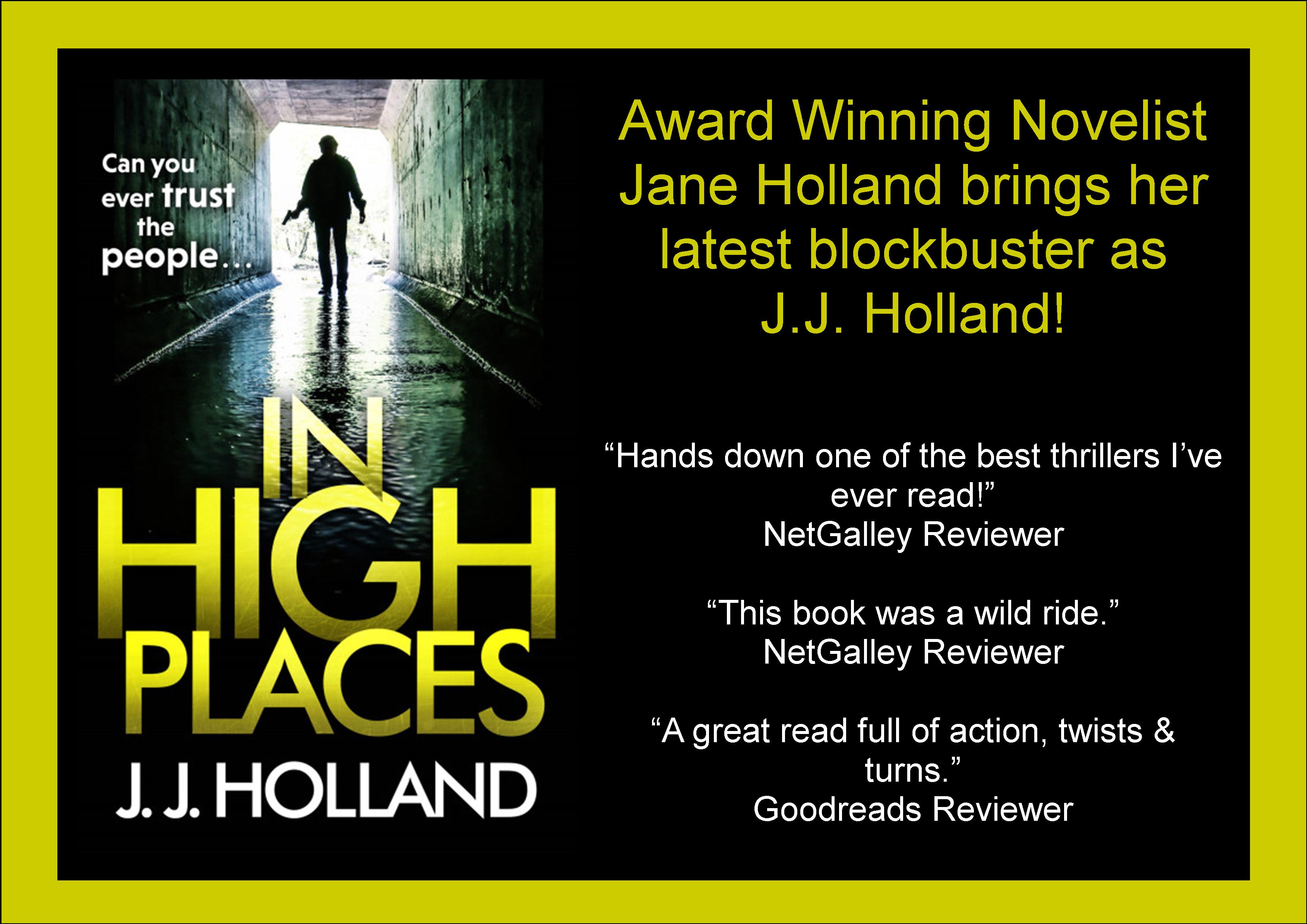 Ever since the death of his wife, Lina, in a Kabul bombing, Aubrey Savage has been determined to fulfil his promise to her: to find out what happened to her brother, Jarrah, a disavowed MI5 agent who has been missing for two years. An ex-SAS officer, Savage is used to noticing the small things. So when he offers a lift to a terrified runaway bride on the moors, he knows there's more to her story than meets the eye. But when she is snatched away immediately, leaving behind a holdall and a Glock that he recognises to be that of an MI5 agent, he is thrust into a deadly world of corruption, and a threat that's all too close to home...

This is the debut novel by J.J. Holland (who writes under many other names such as Jane Holland, Beth Good, Elizabeth Moss and so on) but this is the first under her new pseudonym! This book is certainly going to come out with a bang. It is a modern retelling of Beowulf, which is an Old English poem and is the oldest surviving piece of Anglo-Saxon literature. In High Places centres around an ex-SAS officer, Aubrey Savage, who is on a mission to keep a promise to his late wife and bring down a small-town cult in the process. The author is an Old English fanatic, and this is apparent throughout the book, where she has several quotes and references in Old English. This really resonated with me based on my academic history. I really enjoyed reading them and understanding them! When speaking to the author about the idea behind this book, she has said that it is a homage to the Jack Reacher and Western genres that she grew up with. It did feel very much like a Jack Reacher story. When I told my husband (who has read all the Jack Reacher books) that it was about an ex-military guy who was hunting down an old friend and stopping to save random women he met by the side of the road. He said, “that sounds like a Jack Reacher story!” He’s going to give the book a go so it will be interesting to see his take on the book. J.J. Holland really loved writing this book, and this is really evident throughout. It is very well written, and although the story does progress quite slowly, it has many moments of excitement. This keeps you turning the page to find out what was happening and how Savage would get himself out of the myriad of situations he keeps finding himself in. A word of warning, however, if you have enjoyed the author’s books under any of her other pen names, then this is nothing like those and is an entirely different genre. This is an action thriller with a male protagonist. I had read many of her psychological thrillers which are all female-centred. It took a while to get my head around the fact that this had a completely different feel to it. So don’t be disappointed, read this as a completely stand-alone book although hopefully, it does well enough to become a series with more adventures from Audrey Savage!

J J Holland is the pseudonym for Jane Holland, a Gregory Award-winning poet and novelist. She's published six collections of poetry and dozens of thrillers, historicals, romances, romcoms, and feel-good fiction with major publishing houses, under various pseudonyms, including Victoria Lamb, Elizabeth Moss, Beth Good, and Hannah Coates. Her first thriller GIRL NUMBER ONE hit #1 in the UK Kindle store in 2015, catapulting her into a life of crime. Her latest thriller is FORGET HER NAME, now a UK Kindle Top 25 bestseller. She currently lives with her husband and young family in South-West England, and enjoys encouraging new writers. You can find her on Twitter as @janeholland1