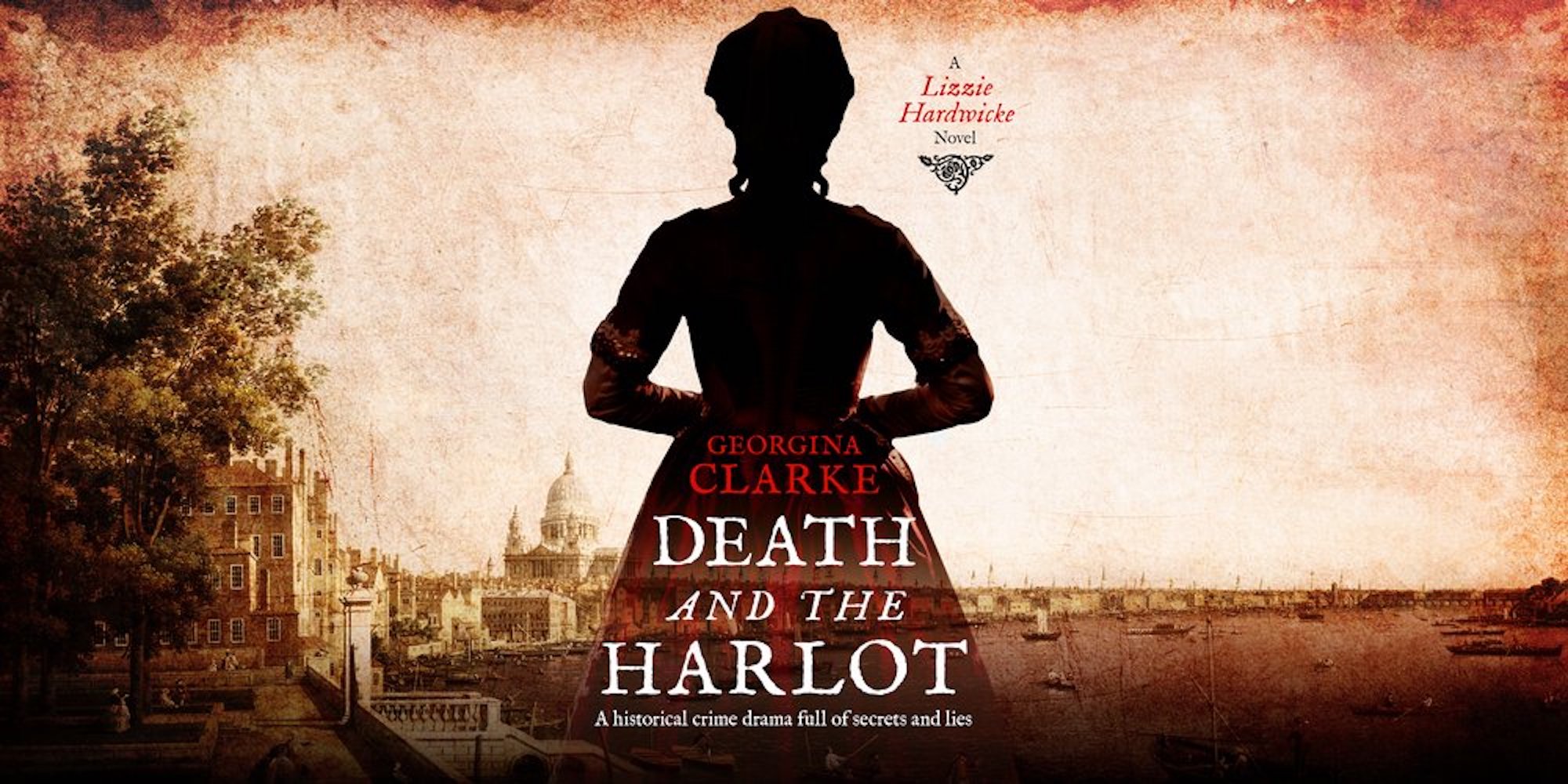 Death and the Harlot by Georgina ClarkeBlog Spotlight

‘It’s strange, the way fortune deals her hand.’ The year is 1759 and London is shrouded in a cloak of fear. With the constables at the mercy of highwaymen, it’s a perilous time to work the already dangerous streets of Soho. Lizzie Hardwicke makes her living as a prostitute, somewhat protected from the fray as one of Mrs Farley’s girls. But then one of her wealthy customers is found brutally murdered… and Lizzie was the last person to see him alive. Constable William Davenport has no hard evidence against Lizzie but his presence and questions make life increasingly difficult. Desperate to be rid of him and prove her innocence Lizzie turns amateur detective, determined to find the true killer, whatever the cost. Yet as the body count rises Lizzie realises that, just like her, everyone has a secret they will do almost anything to keep buried…

I’m really excited to have been asked to be part of the blog tour for this book. It will be released on the 13th of May 2019, and my blog will be published on the 14th of May 2019. I received a copy of the book in advance via NetGalley in return for an honest review as part of my blog. Wow, I wasn’t expecting this to be as gripping and as brilliant as it was! I’m gutted I’ve finished this already I wanted more. I requested to be a part of this blog tour even though the genre of the book is outside of my usual comfort zone. I’m so glad I did as I think this has been one of my favourites this year! Set in 1759 in London, I expected this to be quite a stuffy book and difficult to read. However, as the author points out in her Historical Note at the end, it is written in a twenty-first-century style. This was very apparent, as it was so easy to read. What she set out to achieve was well executed and worked really well. When you read a lot of books set in this era, they adopt the formality of the times or they were actually written during this time and are very difficult to read (for example Pride and Prejudice, it took me an entire year to trudge through this as it was so hard going!). The book was so well-written you actually felt like you were back in time on the streets of London with Lizzie Hardwicke investigating a shocking murder. It was hard to remember that DNA and fingerprint analysis didn’t exist back then. I kept thinking don’t touch that button it can be analysed, but not back then it couldn’t. The investigation had to be done the hard way by pounding the streets for answers. I was expecting this to be frustrating, but it wasn’t it added to the drama. The characters were all likeable, especially the protagonist Lizzie, I was chomping at the bit to find out more about her background and why she had ended up in such a desperate situation. However, as the book points out, she is one of the lucky ones! I’m really hoping we get to see more of Lizzie in future books, and I’m gutted they don’t already exist! I thoroughly enjoyed this book, way more than I was expecting to, I need to find out if any such similar books exist. Ones that are set back in time of England’s history but that have such a comfortable and relaxed way of telling the story as this one did! A brilliant debut novel and I am sure it will do well!

Georgina Clarke has a degree in theology and a PhD in history but has only recently started to combine her love of the past with a desire to write stories. Her Lizzie Hardwicke series is set in the mid-eighteenth century, an underrated and often neglected period, but one that is rich in possibility for a crime novelist. She enjoys running along the banks of the River Severn and is sometimes to be found competing in half marathons. In quieter moments, she also enjoys dressmaking. 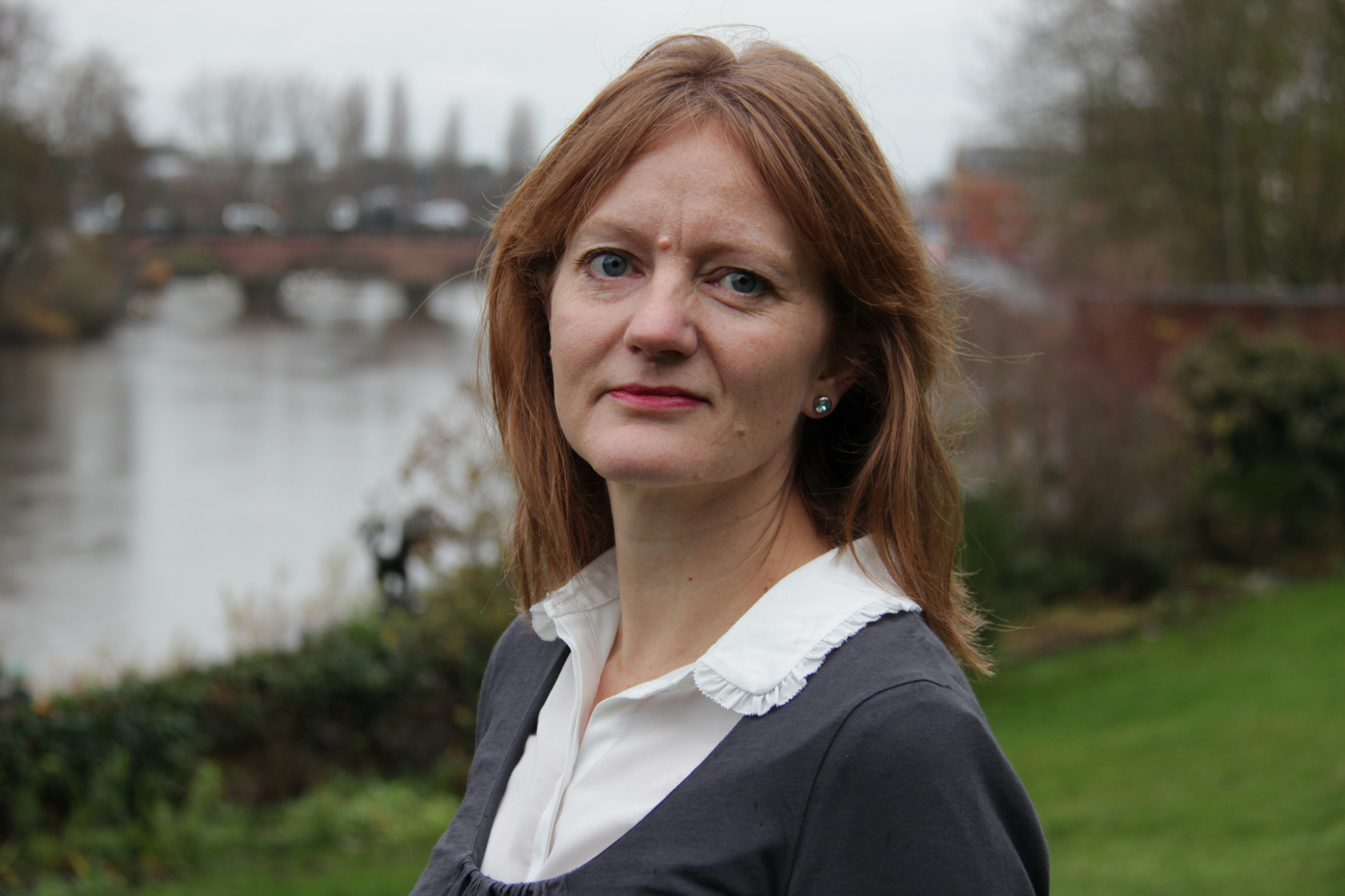