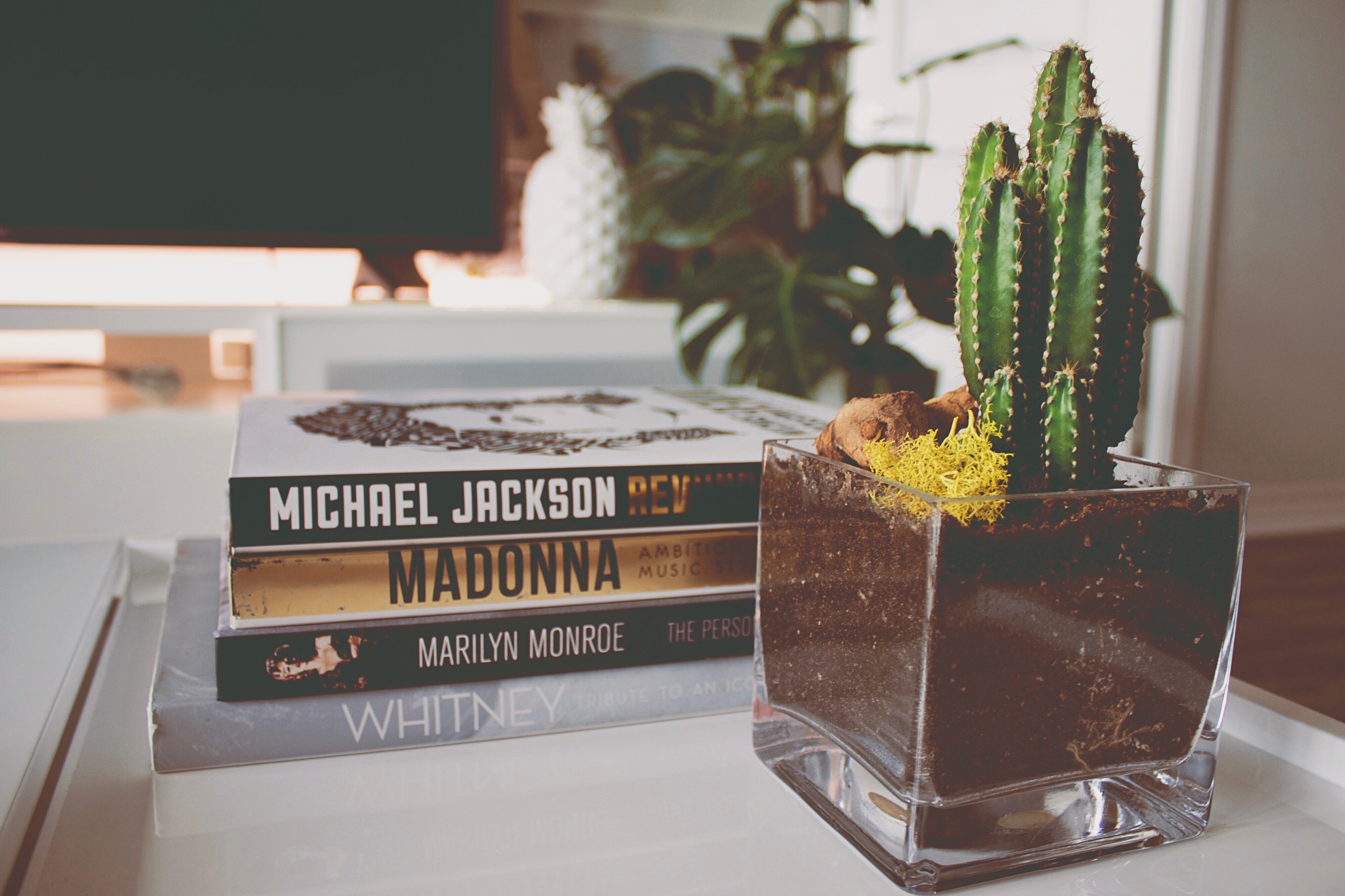 A Book Written by a Celebrity

This is the tenth category for the Pink and Dizzy Reading challenge - a book written by a celebrity. When I added this category, I envisaged fiction books by celebrities as opposed to autobiographies. Autobiographies are ten a penny, but actual fiction books written by a celebrity is something completely different. This means they potentially have a real talent for something other than being famous, acting, singing, or whatever is that has made them a celebrity. It was actually quite a hard category to find books for because if you search for 'books written by a celebrity', it will mostly bring up autobiographies or memoirs. You are of course entitled to interpret this category how you like, but the list below only contains fiction novels. I haven't read any and was really surprised to discover books by actors that I just didn't expect to have written books. My choice for this category is 'Holding by Graham Norton'.

A Mother's Gift by Britney and Lynne Spears

A stirring and hearlfelt novel about the special bond between one mother and daughter. A Mother's Gift is a must-have for Britney fans and is guaranteed to touch the hearts of readers everywhere! 'When 14-year old Holly Faye Lovell becomes the youngest student ever to win a scholarship to the prestigious Haverty School of Music, her dream of pursuing a music career is on it's way. But for the first time in her life, she must leave behind her mother, Wanda. Although they don't have much in the way of money, there's always been plenty in the way of love...Now that Holly's off with her posh new friends and new life, she's ashamed to find herself embarrased of her mom, and their humble background. And Wanda finds herself wanting to reveal a long-hidden secret...a secret that could destroy their bond forever...'

The remote Irish village of Duneen has known little drama; and yet its inhabitants are troubled. Sergeant PJ Collins hasn't always been this overweight; mother of two Brid Riordan hasn't always been an alcoholic; and elegant Evelyn Ross hasn't always felt that her life was a total waste. So when human remains are discovered on an old farm, suspected to be that of Tommy Burke - a former love of both Brid and Evelyn - the village's dark past begins to unravel. As the frustrated PJ struggles to solve a genuine case for the first time in his life, he unearths a community's worth of anger and resentments, secrets and regret.

L. A. Candy by Lauren Conrad

Los Angeles is all about the sweet life: hot clubs, cute guys, designer . . . everything. Nineteen-year-old Jane Roberts can't wait to start living it up. She may be in L.A. for an internship, but Jane plans to play as hard as she works, and has enlisted her BFF Scarlett to join in the fun. When Jane and Scarlett are approached by a producer who wants them to be on his new series, a "reality version of Sex and the City," they can hardly believe their luck. Their own show? Yes, please! Soon Jane is TV's hottest star. Fame brings more than she ever imagined possible for a girl from Santa Barbara—free designer clothes, the choicest tables at the most exclusive clubs, invites to Hollywood premieres—and she's lapping up the VIP treatment with her eclectic entourage of new pals. But those same friends who are always up for a wild night are also out for a piece of Jane's spotlight. In a city filled with people chasing after their dreams, it's not long before Jane wakes up to the reality that everyone wants something from her, and nothing is what it seems to be. L.A. Candy is a deliciously entertaining novel about what it's like to come of age in Hollywood while starring in a reality TV show, written by a girl who has experienced it all firsthand: Lauren Conrad.

Rebels: City of Indra by Kendall and Kylie Jenner

Kendall and Kylie Jenner, stars on the hit reality show Keeping Up with the Kardashians, present their debut novel—a thrilling dystopian story about two super-powered girls who embark on a journey together. Two cities… Two girls… A shared destiny… In a world of the far future, the great city of Indra has two faces: a beautiful paradise floating high in the sky, and a nightmare world of poverty carved into tunnels beneath the surface of the earth. Kendall and Kylie Jenner, the youngest sisters in the Kardashian dynasty, have written a gripping tale of air, fire, and a bond of blood.

Mirabelle works as a shop assistant in the glove department at Niemans, LA's finest store; she also draws darkly gothic pictures at night. Adrift in the world and lonely, her situation is not improved by the fact that hardly anyone buys the kind of gloves that Niemans sell, so she spends most of her day leaning on the counter staring into empty space. There are two men in her life - Jeremy, a man who stencils amplifiers for a living, and Mr Ray Porter, an older man and millionaire who applies logic to relationships, and is serially confused and disappointed. In this exquisitely self-contained novel, Steve Martin touches on the surface horrors of LA - the false noses, lips, breasts and people - without exaggeration or explicitly playing for laughs. It's insightful, dark, funny and tender.

Talon of God by Wesley Snipes and Ray Norman

Imagine that everyone you have ever known or loved was forced against their will into a state of demonic possession and spiritual slavery. Imagine an unholy cabal of the world’s richest and most powerful men directing this sinister plan in order to cement their unbridled control of the planet. Imagine two heroes emerging from that darkness to do battle with the forces of evil. Set in the mean streets of Chicago, Talon of God is the action-packed adventure centered around the Lauryn Jefferson, a beautiful young doctor who is dragged into a seemingly impossible battle against the invisible forces of Satan’s army and their human agents that are bent on enslaving humanity in a mission to establish the kingdom of hell on Earth. But Lauryn is a skeptic, and it’s only as she sees a diabolical drug sweep her city and begins to train in the ways of a spirit warrior by the legendary man of God, Talon Hunter, that she discovers her true nature and inner strength. Facing dangerous trials and tests, it’s a true baptism by fire. And if they fail, millions could die. And rivers of blood would flow throughout the land. Imagine such horror. Such pain. And imagine what it would take to fight against it. For only the strongest and most faithful will survive? Get ready. Armageddon approaches quickly.

The English Roses by Madonna

Madonna's The English Roses is a story of rivalry and friendship among schoolgirls in contemporary London. Four girls--Nicole, Amy, Charlotte, and Grace--are eleven years old and the very best of friends. They have sleepovers, picnics and ice-skating parties that exclude Binah, a beautiful girl whose seemingly perfect life makes them "green with envy." However, when a feisty, pumpernickel-loving fairy godmother takes them on a magical journey, they learn to their great surprise that Binah's life is not nearly as enviable as it had seemed. This tale is cleverly told, with many teaspoonfuls of good humor. Children and adults alike engage with this story that celebrates friendship as much as it teaches compassion. Jeffrey Fulvimari's illustrations are no less than stunning--they fill every page with vivacious black ink lines and gorgeous watercolor reminiscent of 1960s fashion sketches.

The Gun Seller by Hugh Laurie

When Thomas Lang, a hired gunman with a soft heart, is contracted to assassinate an American industrialist, he opts instead to warn the intended victim - a good deed that doesn't go unpunished. Within hours Lang is butting heads with a Buddha statue, matching wits with evil billionaires, and putting his life (among other things) in the hands of a bevy of femmes fatales, whilst trying to save a beautiful lady ... and prevent an international bloodbath to boot. A wonderfully funny novel from one of Britain's most famous comedians and star of award-winning US TV medical drama series, House.

The Liar by Stephen Fry

A collection of seventeen wonderful short stories which show that two-time Oscar winner Tom Hanks is as talented a writer as he is an actor. A hectic, funny sexual affair between two best friends. A World War II veteran dealing with his emotional and physical scars. A second-rate actor plunged into sudden stardom and a whirlwind press junket. A small-town newspaper columnist with old-fashioned views of the modern world. A woman adjusting to life in a new neighbourhood after her divorce. Four friends going to the moon and back in a rocket ship constructed in the backyard. A teenage surfer stumbling into his father’s secret life. These are just some of the people and situations that Tom Hanks explores in his first work of fiction, a collection of stories that dissects, with great affection, humour and insight, the human condition and all its foibles. The stories are linked by one thing: in each of them, a typewriter plays a part, sometimes minor, sometimes central. To many, typewriters represent a level of craftsmanship, beauty and individuality that is harder and harder to find in the modern world. In his stories, Mr Hanks gracefully reaches that typewriter-worthy level. Known for his honesty and sensitivity as an actor, Mr Hanks brings both those characteristics to his writing. By turns whimsical, moving and occasionally melancholy, Uncommon Type is a book that will delight as well as surprise his millions of fans. It also establishes him as a welcome and wonderful new voice in contemporary fiction, a voice that perceptively delves beneath the surface of friendships, families, love and normal, everyday behaviour.