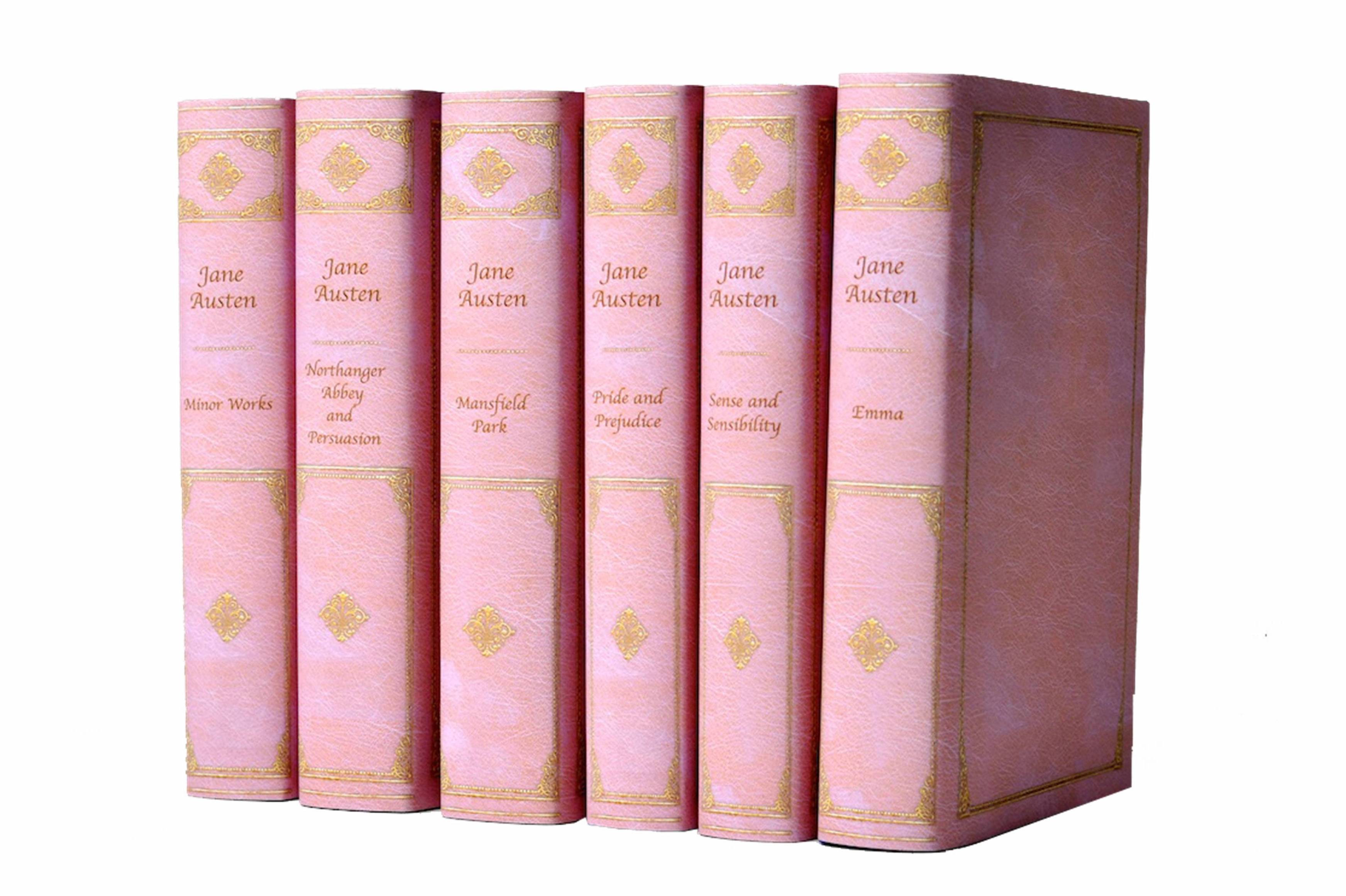 A book with a pink cover

To read a book with a pink cover is the seventh reading challenge category. This was actually harder to find than I thought it would be. It was impossible to search through millions of books on Amazon to find a book with a pink cover, so I looked at images on Google. However, the problem with that is authors and publishers often change the cover as part of a relaunch or revamp. So I was finding books on Google with a pink cover that had completely changed when I looked for it on Amazon. This has unfortunately happened with the book I have chosen for this category. 'Perfect Ten by Jaqueline Ward' had a pink cover when I chose it in January, and it was that cover on Amazon, so I thought great that's my choice. However, now, it is completely different. I'm not going to change which book I'm reading, though, I figure hey it was pink when I chose it, and I'd suggest you adopt this thought as otherwise, you'll constantly be chasing the pink covered book! The books I'm suggesting below are ones I have found on Google and cross-referenced with Amazon, as of today they have pink covers in both images but by the time you come to look at this blog and make your choice for this category, they could be blue, green or any colour under the rainbow!

Boring is the New Black

Boring is the New Black by Megan Bryce

Famous name? Check. Famous face? Double check. A life locked up tight? Lock and key. The daughter of a famed supermodel, Nicole Bissette has unwillingly lived her entire life in the spotlight. And she's learned that to keep unwanted attention from herself, it's best if she never smiles, never laughs. Never lets anyone close. Especially her employees. Especially that one employee who lives to make her laugh, who loves to see her smile, and who doesn't seem to realize that he works for a fashion designer. Does he not know? Can he not see? Is that really what he's wearing? This fashionista is about to discover that love really is blind...

Described as "utterly captivating" by Richelle Mead and as "enchanting and exciting, romantic and believable" by Melissa Marr, the New York Times bestselling Unearthly series has dazzled readers and critics alike. In this riveting finale, Cynthia Hand explores the timeless question of whether it is better to follow the rules or your heart. This incandescent paranormal romance will win the hearts of fans of Becca Fitzpatrick, Andrea Cremer, and Cassandra Clare. The past few years held more surprises than part-angel Clara Gardner ever could have anticipated. Now, with the fallen angel who attacked her watching her every move and the threat of Black Wings looming, Clara knows she must finally fulfill her destiny—a destiny that includes Christian Prescott by her side. But in order to complete her purpose, Clara must first find a way to give up the thing she wants most . . . a future with the boy she loves, Tucker Avery.

Death Before Breakfast by George Bellairs

On her way to church early one morning, Mrs. Jump sees a dead body in the gutter in July Street. Frightened, she hurries on, but her conscience convinces her to return, only to find the body gone. Doubting herself, she nevertheless tells her boss, Inspector Littlejohn of Scotland Yard, who decides to investigate further. He soon discovers that July Street is full of unusual people.  Everyone has a motive. Everyone is a suspect. From London to Paris and back, Littlejohn unravels the tangled web of connections between this curious cast of characters to expose the murderer.

She's late for her life... Becca Davis has always played it safe -- denying her passion for fashion design in a dead-end job and letting her pragmatic boyfriend (mastermind of the "Kevin Bradley Ten-Year Plan") make the tough decisions in life. Stunned into saying yes when Mr. Predictable springs a surprise proposal on her, Becca realizes that she's running out of time to turn her life around. She's only got one more chance to chase her dreams and no one -- not her control freak fiancé, not her dramaholic sisters, not her overprotective parents -- will talk her out of it. He's right on time. Terrified but determined, Becca breaks off her engagement, moves in with her sister in Los Angeles, and prepares to take the fashion world by storm. The reality of the Hollywood scene is much harsher than she anticipated -- lots of slamming doors, snooty clients, and double-crossing celebrity stylists -- but she won't give up. And while she's waiting for her big break, she meets Connor, a sexy risk-taker who's the polar opposite of her ex-fiancé. Is Becca ready for his all-or-nothing approach to love? With her design business taking off and her family starting to fall apart, she's about to learn the timeliest lesson of all: Love and fashion wait for no woman.

On the Way to the Wedding

On the Way to the Wedding by Julia Quinn

Unlike most men of his acquaintance, Gregory Bridgerton is a firm believer in true love. He'd have to be an idiot not to be: all seven of his siblings are happily married. Gregory figures he is just biding his time until the right woman comes along. And so when he sees Hermione Watson, he knows with every fibre of his being, that she is meant to be his. But through Hermione's closest - and slightly less beautiful - friend, Lucy Abernathy, he finds out that Hermione is desperately in love with another man. Sadly by the time Gregory figures out the right girl is actually the wrong girl, and the right girl was Lucy all along, it's too late. Lucy is to marry another! Now - on the way to the wedding - Gregory must figure out how to thwart the nuptials and convince Lucy that she was always meant to be his.

Pink Ribbons by Joana A. Park

Joana A Park combines her reality with a splash of daydream by bringing us her personal charming story. Through her words, we experience with her the hardest battle of her life & how she found love, hope, strength, & courage from her bias SUHO from EXO. All proceed of this book will be donated to the National Breast Cancer Foundation.

Betsy Ryan is pregnant with her third child, and receiving threatening notes from an anonymous person. During what should be a joyful time in her life, she’s forced to face a decade old memory, and relive one of the most devastating nights of her life. In order to uncover the mystery behind the threats, she enlists the help of an unlikely, but oddly reliable source, her dog Barney. As the menacing notes continue to arrive, her husband is called out of town for work, and she struggles to keep her composure while shielding her two young sons from danger. She trusts no one except her parents, best friend Misty, and her extraordinary dog—who has proven to literally understand everything she says. Is this person out to harm her? And how do they have so much personal information about Betsy? She can’t help but think it’s the same person who attacked her at the train station almost a decade ago, and changed the course of her life forever. To save herself and her unborn child—Betsy must face her fears and find her strength, to reveal who is after her and most importantly…why.

The Library of Fates

The Library of Fates by Aditi Khorana

No one is entirely certain what brings the Emperor Sikander to Shalingar. Until now, the idyllic kingdom has been immune to his many violent conquests. To keep the visit friendly, Princess Amrita has offered herself as his bride, sacrificing everything—family, her childhood love, and her freedom—to save her people. But her offer isn't enough. The palace is soon under siege, and Amrita finds herself a fugitive, utterly alone but for an oracle named Thala, who was kept by Sikander as a slave and managed to escape amid the chaos. With nothing and no one else to turn to, Amrita and Thala are forced to rely on one another. But while Amrita feels responsible for her kingdom and sets out to warn her people, the newly free Thala has no such ties. She encourages Amrita to go on a quest to find the fabled Library of All Things, where it is possible for each of them to reverse their fates. To go back to before Sikander took everything from them. Stripped of all that she loves, caught between her rosy past and an unknown future, will Amrita be able to restore what was lost, or does another life—and another love—await?

The Merciless by Danielle Vega

Brooklyn Stevens sits in a pool of her own blood, tied up and gagged. No one outside of these dank basement walls knows she’s here. No one can hear her scream. Sofia Flores knows she shouldn’t have gotten involved. When she befriended Riley, Grace, and Alexis on her first day at school, she admired them, with their perfect hair and their good-girl ways. They said they wanted to save Brooklyn. They wanted to help her. Sofia didn’t realize they believed Brooklyn was possessed. Now, Riley and the girls are performing an exorcism on Brooklyn—but their idea of an exorcism is closer to torture than salvation. All Sofia wants is to get out of this house. But there is no way out. Sofia can’t go against the other girls...unless she wants to be next. By the shockingly twisted end, readers will be faced with the most haunting question of all: Is there evil in all of us?

The Picador Book of Love Poems

The Picador Book of Love Poems by John Stammers

With The Picador Book of Love Poems, award-winning poet John Stammers has created a unique collection: by pairing some of the finest love poems from centuries past with modern counterparts, he presents a book of surprising connections, echoes and juxtapositions, where classic and contemporary love poems shed new and unexpected light on one another. Here, old favourites from Spenser to Tennyson sit side by side with poems by Carol Ann Duffy and Michael Donaghy, the distance between the poets closed by their single timeless theme. Whether you’re feeling tempted, seduced, tormented, or rejected, or falling in love, or out of love – this is the perfect book to inspire, console, and give a voice to every facet of our deepest and most complex human emotion.