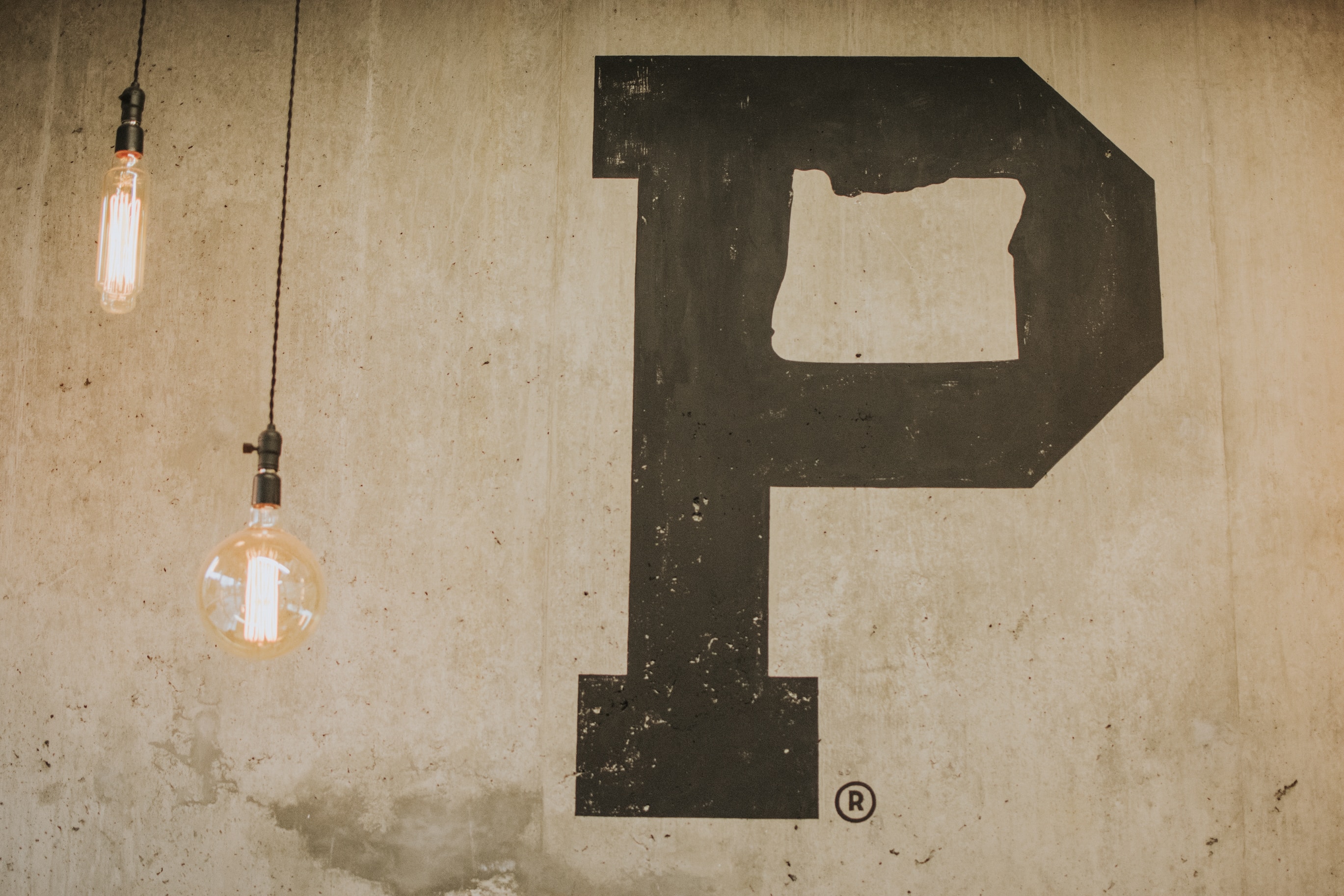 A book that starts with the letter P

I chose this next category for the Reading challenge 'a book that starts with the letter P' simply because of the name of my website. Pink and Dizzy! Pink is also my favourite colour (so there is, of course, the challenge to read a book with a pink cover, too). I could have chosen any letter for this category, but I wanted it to have a purpose. If I'd chosen the letter R, it wouldn't have meant anything and would have been a bit 'R'andom! Choosing the books for this category proved to be more difficult than I thought it would be as so many books start with the title 'The'. I didn't want this for these books I truly wanted them to begin with a P. So, some of the books recommended I have read or want to read. My pick for this category was 'Paranormal Intruder' by Caroline Mitchell; it was certainly a different read as it is based on a 'true' story about poltergeists. I hope you have fun with this category as that is what the name of the site encompasses, fun!

The terrifying true story of a family in fear. An innocent family finds itself completely helpless against the sudden onset of paranormal activity in their quiet rural home. A knife embedded in a kitchen cupboard, crockery smashed by invisible hands, and blood-chilling growls emit from thin air. Caroline and her husband Neil search for answers as they try to protect their family from the unseen entity that seems determined to rip them apart. The biggest question looms over them like a dark cloud who is going to help us? There are emergency services for many things, but not of this nature. It might be easier to believe temporary insanity, if not for the vast amount of witnesses. Police, fire services, mediums, priests and investigators all become embroiled in the mystery. The family struggles to cope, and Caroline grows concerned for her husband’s failing health as he withdraws from the world. However, the entity has only just begun. Paranormal Intruder is the true storyof one family’s brave fight against an invisible entity. Described as one of the best documented cases of paranormal activity, this best selling book will stay with you long after you have finished reading it.

To see more about this remarkable case, including pictures and evidence, visit and subscribe to www.caroline-writes.com

Past Mortem by Ben Elton

With old friends like these, who needs enemies? It's a question mild mannered detective Edward Newson is forced to ask himself when, in romantic desperation, he logs on to the Friends Reunited website in search of the girlfriends of his youth. Newson is not the only member of the Class of take back '88 who has been raking over the ashes of the past. As his old class begins to reassemble in cyberspace, the years slip away and old feuds and passions burn hot once more. Meanwhile, back in the present, Newson's life is no less complicated. He is secretly in love with Natasha, his lovely but very attached sergeant, and failing comprehensively to solve a series of baffling and peculiarly gruesome murders. A school reunion is planned and as history begins to repeat itself, the past crashes headlong into the present. Neither will ever be the same again.

Pippi Longstocking is one of the most popular children's characters of all time and is still much loved by millions of children today. This anniversary edition of Pippi Longstocking will introduce Pippi and her adventurous spirit to a whole new generation of readers. Nine year old Pippi is an unusual and unpredictable character, she lives alone with a monkey, a horse, and no rules whatsoever! Every day is a crazy adventure with Pippi, but what else would you expect from the daughter of a swashbuckling pirate captain?!

Ever since hairdresser Poppy Day married her childhood sweetheart, Mart, she's been deliriously happy. Now Mart is fighting in Afghanistan, and Poppy is counting the days until he returns. It takes one knock at the door to rip Poppy's world apart. Mart has been taken hostage, and it's too dangerous for the army to rescue him. Poppy is determined to bring him home herself. But her journey will lead her to a heartbreaking dilemma. What price will she pay to save the man she loves? This is a gripping story of loss and courage from an author who knows what it is like to be the one left behind.

Years ago, in the town of Saxon Falls, young Kelsey Willard disappeared and was presumed dead. The tragedy left her family with a fractured life—a mother out to numb the pain, a father losing a battle with his own private demons, and a sister desperate for closure. But now another teenage girl has gone missing. It’s ripping open old wounds for the Willards, dragging them back into a painful past, and leaving them unprepared for where it will take them next. Bureau of Criminal Investigation agent Mark Foster has stumbled on uncanny parallels in the lives of the two missing girls that could unlock clues to a serial killer’s identity. That means breaking down the walls of the Willards’ long-guarded secrets and getting to a truth that is darker than he bargained for. Now, to rescue one missing girl, he must first solve the riddles that disappeared with another: Kelsey Willard herself. Dead or alive, she is his last hope.

Aria, Emily, Spencer, Hanna and Alison have been best friends since the third grade. They go everywhere together, thinking no-one can come between them. If anyone is the ringleader of the group it is Alison, and the other girls cannot help but confide all their secrets to her. One night, during a sleepover, Alison goes missing. Her body is never found. The girls mourn her death but move apart after time, assuming their secrets have disappeared with Alison too. Three years later and Aria is having an affair with her teacher; Emily is questioning her sexuality; Hanna is a thief; and Spencer is flirting with her sister's fiance. They all think their secrets are safe, until they starting receiving messages from the mysterious A - who knows exactly what they are all up to, and is threatening to spill the beans . . .

Pride and Prejudice by Jane Austin

It is a truth (almost) universally acknowledged that a person interested in good literature must be in want of this book … Set in England in the late 18th century, Pride and Prejudice tells the story of Mr. and Mrs. Bennet's five unmarried daughters after two gentlemen have moved into their neighbourhood …: the rich and eligible Mr. Bingley, and his status-conscious friend, the even richer and more eligible Mr. Darcy. While Bingley takes an immediate liking to the eldest Bennet daughter, Jane, Darcy is disdainful of local society and repeatedly clashes with the Bennets' lively second daughter, Elizabeth.

PS, I Love You

PS, I Love You by Cecelia Ahern

Some people wait their whole lives to find their soul mates. But not Holly and Gerry. Childhood sweethearts,no one could imagine them without each other. Until the unthinkable happens. Gerry's death devastates Holly. But Gerry has left her a bundle of notes, one for each of the months after his death, guiding Holly into her new life, each note signed 'PS, I Love You'. As the notes are gradually opened, the man who knows Holly better than anyone sets out to teach her that life goes on. With some help from her friends, and her noisy and loving family, Holly finds herself laughing, crying, singing, dancing – and being braver than ever before. Life is for living, she realises – but it always helps if there's an angel watching over you.

She was a fugitive, lost in a storm. That was when she saw the sign: motel - vacancy. The sign was unlit, the motel dark. She switched off the engine, and sat thinking, alone and frightened. She had nobody. The stolen money wouldn't help her, and Sam couldn't either, because she had taken the wrong turning; she was on a strange road. There was nothing she could do now - she had made her grave and she'd have to lie in it. She froze. Where had that come from? Grave. It was bed, not grave. She shivered in the cold car, surrounded by shadows. Then, without a sound, a dark shape emerged from the blackness and the car door opened. Psycho is not a tale for queasy stomachs or faint hearts. It is filled with horrifying suspense and the climax, instead of being a relief, will hit the reader with bone-shattering force.

The limits of fifteen-year-old Kambili’s world are defined by the high walls of her family estate and the dictates of her fanatically religious father. Her life is regulated by schedules: prayer, sleep, study, prayer. When Nigeria is shaken by a military coup, Kambili’s father, involved mysteriously in the political crisis, sends her to live with her aunt. In this house, noisy and full of laughter, she discovers life and love – and a terrible, bruising secret deep within her family. This extraordinary debut novel from Chimamanda Ngozi Adichie, author of ‘Half of a Yellow Sun’, is about the blurred lines between the old gods and the new, childhood and adulthood, love and hatred – the grey spaces in which truths are revealed and real life is lived.