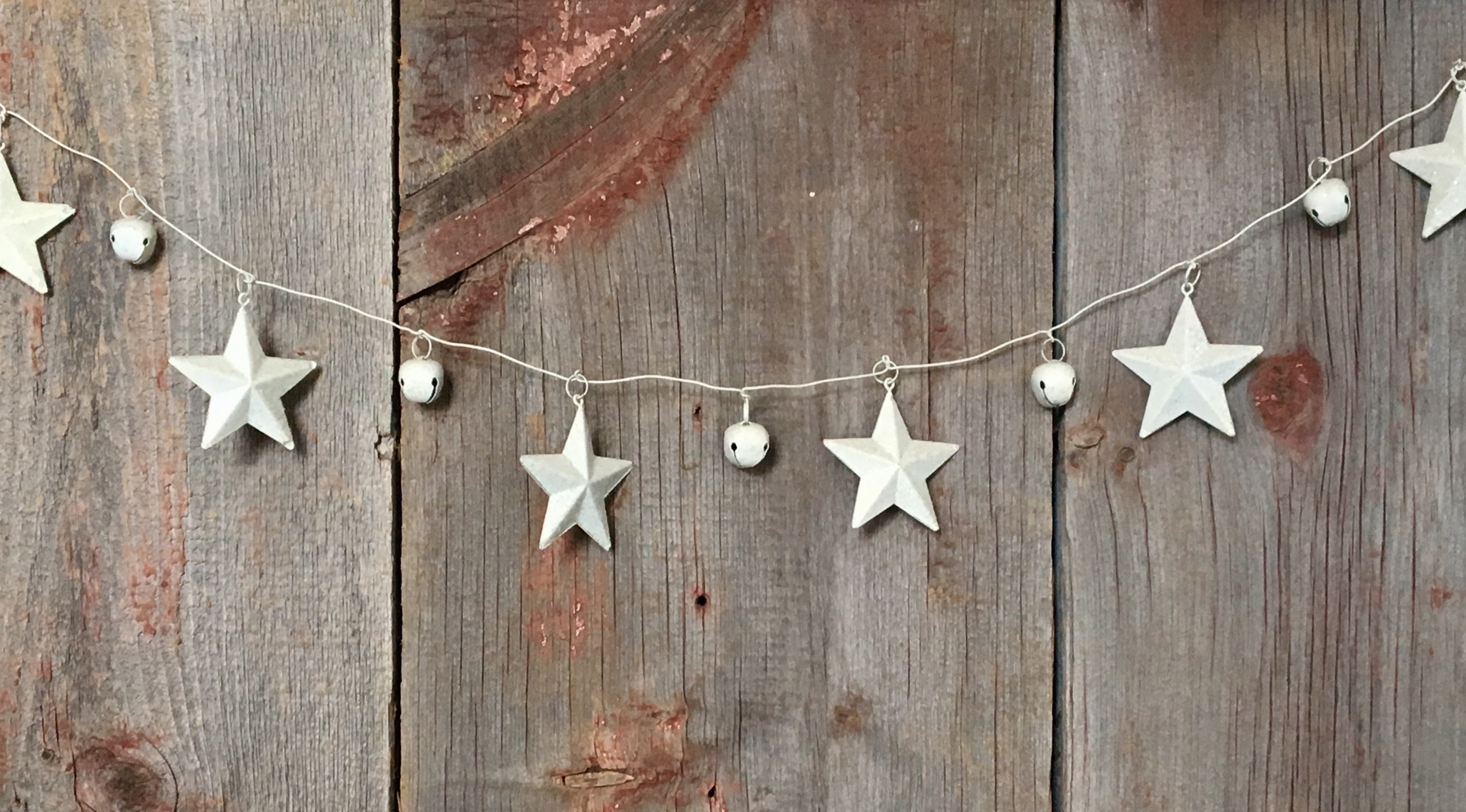 A book that gets an overall rating of at least 4.5 on Goodreads

I know I've said choosing books for the Reading Challenge have been difficult in the past, but they have all been a piece of cake compared to this one. This was undoubtedly the most difficult. I had found a list on Goodreads that had a rating of over 4.5, but the majority of the books were part of a series or the Bible! I was really surprised by the lack of classics. I expected to see loads of books I knew or recognised on the list, but people are strict with their ratings! So the list I have compiled below are the best books I could find and some of them have been a bit creative. Such as 'After The Fall' which is a 40 page follow up to what happened to Humpty-Dumpty after he fell off the wall, and Calvin and Hobbs, which is a comic book! I have chosen books that had more than 100 ratings, and at the time of writing this, they all had a rating of over 4.5 as required. However, this may have changed by the time you read this, so I do apologise if this is the case. My choice for this category was 'If I'd Known by Paige P. Horne' and I can certainly understand why it has such a high rating (4.60) as it was absolutely superb. If you have a look at my review you will see I've broken all my rules of keeping ratings to five stars and given this ten! It still is the best book I have read this year! Here is the link to the Goodreads website that lists all the current books with a rating of 4.5 or higher if none of the ones below takes your fancy:

Goodreads
After The Fall

After The Fall by Dan Santat

Everyone knows that when Humpty Dumpty sat on a wall, Humpty Dumpty had a great fall. But what happened after? Caldecott Medalist Dan Santat's poignant tale follows Humpty Dumpty, an avid bird watcher whose favorite place to be is high up on the city wall—that is, until after his famous fall. Now terrified of heights, Humpty can longer do many of the things he loves most. Will he summon the courage to face his fear? After the Fall (How Humpty Dumpty Got Back Up Again) is a masterful picture book that will remind readers of all ages that Life begins when you get back up.

Beautiful Ever After by Katie Piper

The heartbreaking, inspiring and uplifting story of Katie Piper's journey from recovery to new beginnings, motherhood and finding love.  Since the brutal rape and acid attack that left her permanently disfigured, Katie Piper has rebuilt her life one piece at a time. In this powerful sequel to her bestselling memoir, Katie reveals what happened next, as her life changed in ways she never thought possible. Behind her brave face and public success, Katie's story is still heartbreaking at times as she faces medical procedures, terrifying flashbacks and fears for the future. But as Katie finds her Prince Charming - and becomes a mother against the odds - she experiences both the wonder and anxiety of starting a new, loving family. You will both smile and cry as you join Katie on her highs and lows. With her trademark warmth, honesty and courage, Katie Piper takes you by the hand through her story, showing that no matter how lost you feel in life, you are never alone.

Calvin and Hobbes by Bill Watterson

Calvin, cheeky, hyperactive and mischievous, and Hobbes, his cuddly toy tiger who, as far as Calvin is concerned is very much alive and kicking, are two of the most loveable and hilarious characters to grace the comic strip in years. Sit back and enjoy...

"I would love you forever, if I only had the chance..." Kacey Dawson has always lived life on the edge--impulsively, sometimes recklessly. And now, as lead guitarist for a hot up-and-coming band, she is poised at the brink of fame and fortune. But she is torn between wanting to be a serious musician, and the demons that lure her down the glittering, but alcohol-soaked path of rock stardom. A wrecked concert in Las Vegas threatens to ruin her career entirely. She wakes up with the hangover from hell and no memory of the night before, or how she ended up on her limo driver’s couch... Jonah Fletcher is running out of time. He knows his situation is hopeless, and he's vowed to make the most of the handful of months he has left to him. His plans include seeing the opening of his glass installation at a prestigious art gallery…they do not include falling in love with a wild, tempestuous rock musician who wound up passed out on his couch. Jonah sees that Kacey is on a path to self-destruction. He lets her crash with him for a few days to dry out and get her head on straight. But neither of them expected the deep connection they felt, or how that connection could grow so fast from friendship into something more. Something deep and pure and life-changing…something as fragile as glass, that they both know will shatter in the end no matter how hard they try to hold on to it. Full Tilt is a story about what it means to love with your whole heart, to sacrifice, to experience terrible grief and soaring joy. To live life with all its beauty, and all its pain, and in the end to be able to smile through tears and know you wouldn’t have changed a thing.

If I'd Known by Paige P. Horne

Time is a thief they say, and if you’re not careful it’ll slip right past you, taking everything you hold dear in this world with it. It was the summer of 1972 when I first laid eyes on him. Cynthia Rose probably got more than she bargained for when she came to my door step asking to write about my story. Our story. To everyone else Travis Cole was just the bad boy, but to me he was the keeper of my heart and even as time aged us and miles kept us apart, my heart stayed his. Forever his. *Based on actual events, takes place past and present.

The Hate U Give

The Hate U Give by Angie Thomas

Sixteen-year-old Starr lives in two worlds: the poor neighbourhood where she was born and raised and her posh high school in the suburbs. The uneasy balance between them is shattered when Starr is the only witness to the fatal shooting of her unarmed best friend, Khalil, by a police officer. Now what Starr says could destroy her community. It could also get her killed. Inspired by the Black Lives Matter movement, this is a powerful and gripping YA novel about one girl's struggle for justice.

The Nightingale by Kristin Hannah

Bravery, courage, fear and love in a time of war. Despite their differences, sisters Viann and Isabelle have always been close. Younger, bolder Isabelle lives in Paris while Viann is content with life in the French countryside with her husband Antoine and their daughter. But when the Second World War strikes, Antoine is sent off to fight and Viann finds herself isolated so Isabelle is sent by their father to help her. As the war progresses, the sisters' relationship and strength is tested. With life changing in unbelievably horrific ways, Viann and Isabelle will find themselves facing frightening situations and responding in ways they never thought possible as bravery and resistance take different forms in each of their actions.

The Red Tree by Shaun Tan

A small child awakes to find blackened leaves falling from her bedroom ceiling, threatening to overwhelm her. 'Sometimes you wake up with nothing to look forward to...' As she wanders around a world that is complex, puzzling and alienating, she is overtaken by a myriad of feelings. Just as it seems all hope is lost, the girl returns to her bedroom to find that a tiny red seedling has grown to fill the room with warm light. Astonishing Australian artist, Shaun Tan's latest creation, The Red Tree, is a book about feelings - feelings that can not always be simply expressed in words. It is a series of imaginary landscapes conjured up by the wizardry of his masterful and miraculous art. As a kind of fable, The Red Tree seeks to remind us that, though some bad feelings are inevitable, they are always tempered by hope.

Will You Love Me

Will You Love Me by Cathy Glass

Lucy was born to a single mother who had been abused and neglected for most of her own childhood. Right from the beginning Lucy’s mother couldn’t cope, but it wasn’t until Lucy reached eight years old that she was finally taken into permanent foster care. By the time Lucy is brought to live with Cathy she is eleven years old and severely distressed after being moved from one foster home to another. Withdrawn, refusing to eat and three years behind in her schooling, it is thought that the damage Lucy has suffered is irreversible. But Cathy and her two children bond with Lucy quickly, and break through to Lucy in a way no-one else has been able to, finally showing her the loving home she never believed existed. Cathy and Lucy believe they were always destined to be mother and daughter – it just took them a little while to find each other.