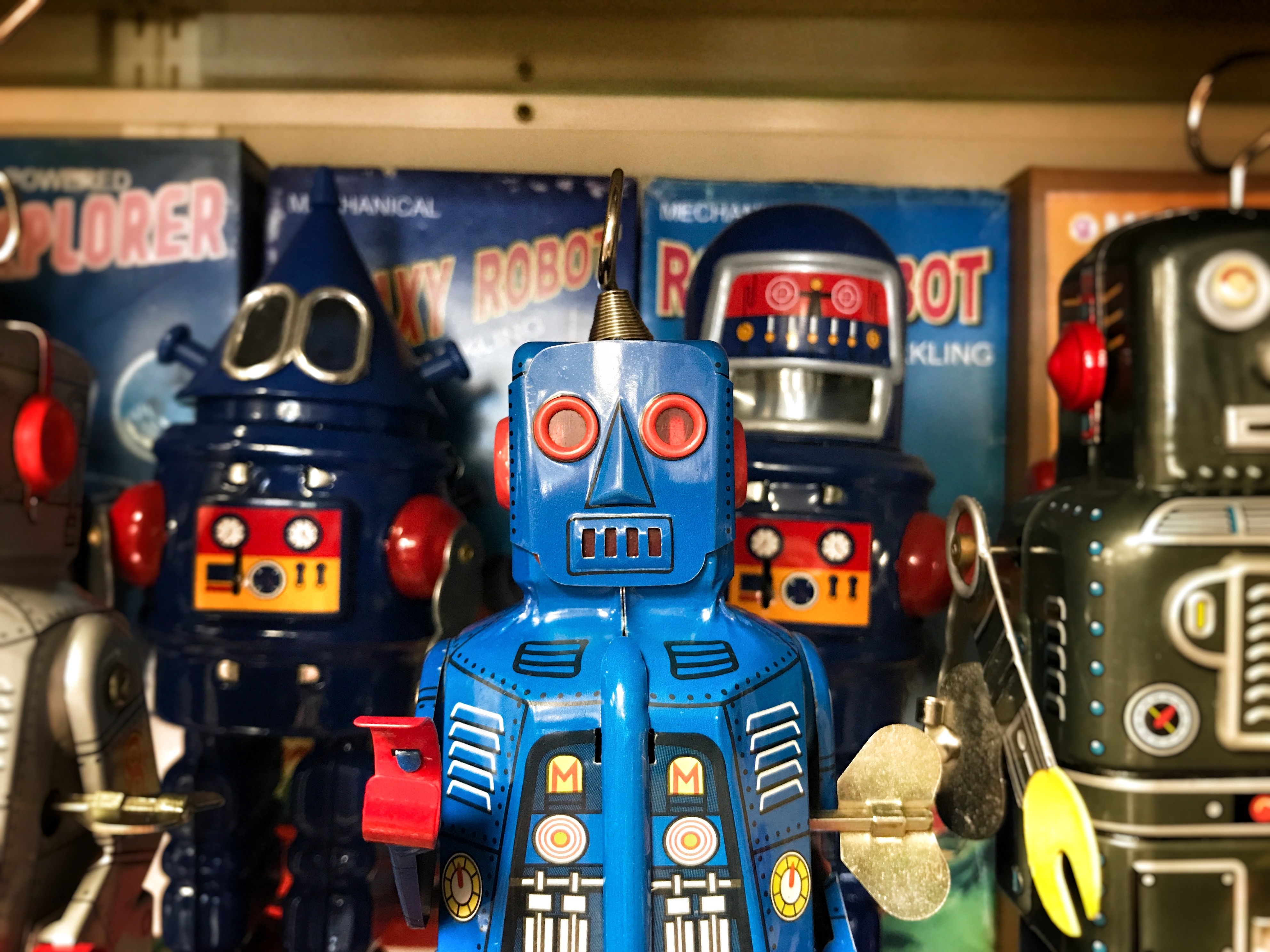 A book from a genre you would normally avoid

This is the perfect category to get you out of your comfort zone. To read something you would usually bypass as it's not your cup of tea or you think you won't like it. Up until two years ago, I only really read romance or contemporary fiction, then I did my first reading challenge and read my very first Psychological Thriller. I think I would now say they are my favourite genre I still like a good old girly romantic comedy or a bit of blush action from the Flirt Club books, but book covers that now attract my attention are usually PT or Crime Thrillers. I never in a million years thought that would happen. I thought I was set in my ways. There are still some books that really don't appeal to me, which are mainly sci-fi and fantasy. So for this category of the Reading Challenge I decided to read 'A Stainless Steel Rat by Harry Harrison', it's one of the hubby's favourite books of all time, and it's only short, so if I hated it I wouldn't have to suffer for too long! I did hate it by the way.

So the ideas I've listed below have been taken from Amazon. If you go into their book section, they have a 'featured category' section. Luckily they have 10 of these categories so I chose either the number one in the charts or a best-seller from each group to give you an idea of the diversity of books out there that would work for this challenge!

Howl with laughter with the FIRST book in the hilarious full-colour illustrated series, Dog Man, from the creator of Captain Underpants! George and Harold (the co-stars of the enormously popular Captain Underpants series) are in big trouble again! George and Harold have created a new breed of justice -- one that is part dog, part man, and ALL HERO! With the head of a dog and the body of a human, this heroic hound digs into deception, claws after crooks, rolls over robbers, and scampers after squirrels. Will he be able to resist the call of the wild to answer the call of duty? Dav Pilkey's wildly popular Dog Man series appeals to readers of all ages and explores universally positive themes, including: empathy, kindness, persistence, and the importance of being true to one's self. Full colour pages throughout.

'Armageddon only happens once, you know. They don't let you go around again until you get it right' According to The Nice and Accurate Prophecies of Agnes Nutter, Witch, Judgement Day is almost upon us and the world's going to end in a week . . . Now people have been predicting the end of the world almost from its very beginning, so it's only natural to be sceptical when a new date is set for Judgement Day. But what if, for once, the predictions are right, and the apocalypse really is due to arrive next Saturday, just after tea?  You could spend the time left drowning your sorrows, giving away all your possessions in preparation for the rapture, or laughing it off as (hopefully) just another hoax. Or you could just try to do something about it. It's a predicament that Aziraphale, a somewhat fussy angel, and Crowley, a fast-living demon now finds themselves in. They've been living amongst Earth's mortals since The Beginning and, truth be told, have grown rather fond of the lifestyle and, in all honesty, are not actually looking forward to the coming Apocalypse. And then there's the small matter that someone appears to have misplaced the Antichrist . . .

It only took one night to tear a family apart. Artist and illustrator Edwina Spinner used to have a busy family life. Now she lives alone, in a house that has grown too big for her. She has decided to sell it. As Edwina takes the estate agent from room to room, she finds herself transported back to her life as a young mother. Back to her twins, Rowena and Charlie, and a stepson she cannot bring herself to mention by name. As the house reveals its secrets, Edwina is forced to confront her family's past, and a devastating betrayal that changed everything. But Edwina doesn't know the whole story. And to discover the truth, she will have to face the one person she vowed never to see again.

Pinch of Nom by Kay Featherstone and Kate Allinson

Slimming food has never tasted so good; the must-have first cookbook from the UK's most visited food blog. Sharing delicious home-style recipes with a hugely engaged online community, pinchofnom.com has helped millions of people to cook well and lose weight. The Pinch of Nom cookbook can help novice and experienced home-cooks enjoy exciting, flavourful and satisfying meals. Accessible to everyone by not including diet points, all of these recipes are compatible with the principles of the UK's most popular diet programmes. There are 100 incredible recipes in the book, 33 of which are vegetarian. Each recipe has been tried and tested by twenty Pinch of Nom community members to ensure it is healthy, full of flavour and incredibly easy to make. Whether it’s Cumberland Pie, Mediterranean Chicken Orzo, Mexican Chilli Beef or Chicken Balti, this food is so good you’ll never guess the calorie count. This book does not include ‘values’ from mainstream diet programmes as these are everchanging. Instead the recipes are labelled with helpful icons to guide you towards the ones that suit you best – whether you’re looking for something veggie, fancy a fakeaway, want to feed a family of four or have limited time to spare. Kate Allinson and Kay Featherstone owned a restaurant together in The Wirral, where Kate was head chef. Together they created the Pinch of Nom blog with the aim of teaching people how to cook. They began sharing healthy, slimming recipes and today Pinch of Nom is the UK's most visited food blog with an active and engaged online community of over 1.5 million followers. Showing that dieting should never be a barrier to good food, Pinch of Nom is the go-to home cookbook for mouthwatering meals that tick all the boxes.

Prisoners of Geography by Tim Marshall

All leaders are constrained by geography. Their choices are limited by mountains, rivers, seas and concrete. Yes, to follow world events you need to understand people, ideas and movements - but if you don't know geography, you'll never have the full picture. If you've ever wondered why Putin is so obsessed with Crimea, why the USA was destined to become a global superpower, or why China's power base continues to expand ever outwards, the answers are all here. In ten chapters (covering Russia; China; the USA; Latin America; the Middle East; Africa; India and Pakistan; Europe; Japan and Korea; and the Arctic), using maps, essays and occasionally the personal experiences of the widely travelled author, Prisoners of Geography looks at the past, present and future to offer an essential insight into one of the major factors that determines world history. It's time to put the 'geo' back into geopolitics.

The Ritz London by John Williams

The Ritz: The Quintessential Cookbook is the first book to celebrate recipes of the dishes served today, at lunch and at dinner. The book features 100 delicious recipes, such as Roast scallops bergamot & avocado, Saddle of lamb belle époque and Grand Marnier Soufflé, and is divided into the four seasons: spring, summer, autumn and winter. The recipes reflect the glorious opulence and celebratory ambience of The Ritz; seasonal dishes of fish, shellfish, meat, poultry and game. Desserts include pastries, mousses, ice creams and spectacular, perfectly-risen soufflés. There are recipes that are simple and others for the more ambitious cook, plus helpful tips to guide you at home. Along the way, John Williams shares his culinary philosophy and expertise. For any cook who has wondered how they do it at The Ritz, this book will provide the answers. There will be plenty of entertaining tales about the hotel and unique glimpses of London's finest kitchen beneath ground.

This is Going to Hurt

This is Going to Hurt - Adam Kay

Welcome to the life of a junior doctor: 97-hour weeks, life and death decisions, a constant tsunami of bodily fluids, and the hospital parking meter earns more than you. Scribbled in secret after endless days, sleepless nights and missed weekends, Adam Kay's This is Going to Hurt provides a no-holds-barred account of his time on the NHS front line. Hilarious, horrifying and heartbreaking, this diary is everything you wanted to know – and more than a few things you didn't – about life on and off the hospital ward.

What You Did by Claire McGowan

A vicious assault. A devastating accusation. Who should she trust, her husband or her best friend? It was supposed to be the perfect reunion: six university friends together again after twenty years. Host Ali finally has the life she always wanted, a career she can be proud of and a wonderful family with her college boyfriend, now husband. But that night her best friend makes an accusation so shocking that nothing will ever be the same again. When Karen staggers in from the garden, bleeding and traumatised, she claims that she has been assaulted—by Ali’s husband, Mike. Ali must make a split-second decision: who should she believe? Her horrified husband, or her best friend? With Mike offering a very different version of events, Ali knows one of them is lying—but which? And why? When the ensuing chaos forces her to re-examine the golden era the group shared at university, Ali realises there are darker memories too. Memories that have lain dormant for decades. Memories someone would kill to protect.